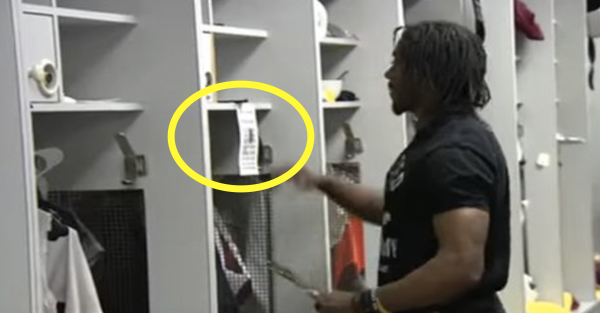 Robert Griffin III’s tenure in Washington is preparing to come to a close after the Redskins fell to the Green Bay Packers Sunday afternoon.

Reports from Washington noted Griffin is expected to be released this summer. So when the team spent Monday cleaning out their respective lockers, RG3 left a subtle note as the only item remaining.

RG3 cleared out his locker today, save for this note. pic.twitter.com/rjcKheHHSN

Whether it’s the Cowboys next, or elsewhere, you can bet RG3 won’t forget his time in Washington anytime soon.