Robert Griffin III is back, completes 50-yard bomb to Terrelle Pryor for touchdown 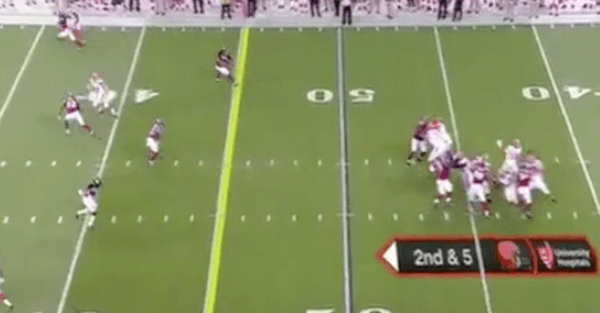 The comeback story for Robert Griffin III and Terrelle Pryor seems to be just getting started in Cleveland.

And the latest connection between the two has to have Browns fans giddy, as Griffin III found Pryor on a burner down the sideline for a 50-yard bomb.

In the team’s first contest against the Green Bay Packers, RGIII went 4-of-8 for 67 yards, while Pryor had two catches for 57 yards.

Add Josh Gordon to that trio, and the Browns offense looks to be in pretty good shape.