Robert Griffin III will choose where he lands next, and it could be here 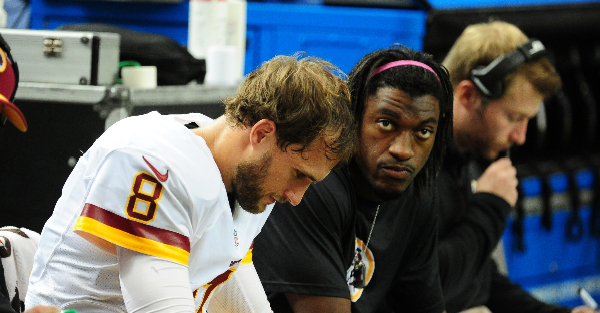 ATLANTA, GA - OCTOBER 11: Kirk Cousins #8 and Robert Griffin III of the Washington Redskins go over game notes during the game against the Atlanta Falcons at the Georgia Dome on October 11, 2015 in Atlanta, Georgia. (Photo by Scott Cunningham/Getty Images)

After the Washington Redskins season ended in a drubbing by the Green Bay Packers Sunday evening, the team is expected to cut ties with former No. 1 pick, Robert Griffin III:

With the #Redskins season over, they'll release RGIII. Just a matter of timing. Was important to owner Dan Snyder he be on the team all year

It didn’t take long for Griffin to be benched this season, opening the way for Kirk Cousins to lead Washington into the playoffs.