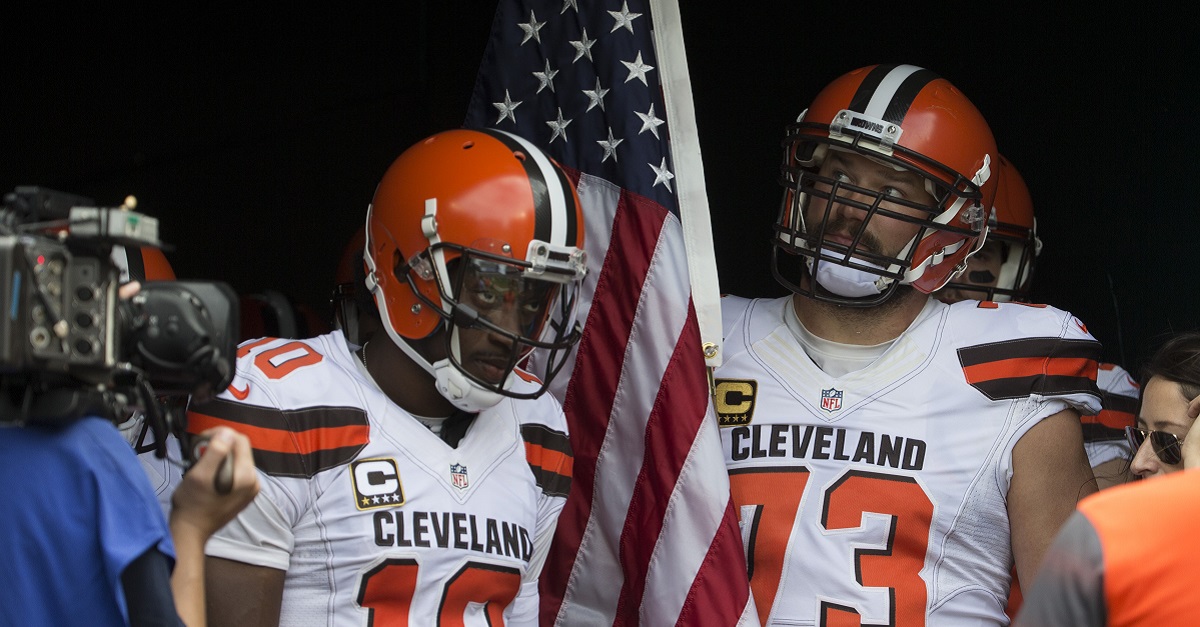 Mitchell Leff/Getty Images
PHILADELPHIA, PA - SEPTEMBER 11: Robert Griffin III #10 and Joe Thomas #73 of the Cleveland Browns wait in the tunnel prior to the game against the Philadelphia Eagles at Lincoln Financial Field on September 11, 2016 in Philadelphia, Pennsylvania. The Eagles defeated the Browns 29-10. (Photo by Mitchell Leff/Getty Images)

Enter user “Brown_Nation_”, who apparently has had enough of Griffin at this point and decided to take his frustrations out in the comments. “I am sick of RG3 why am I following him,” said the commenter, something that apparently caught the eye of Griffin as he scrolled through.

Griffin’s response? A priceless reminder of who started at quarterback in the last game that the Cleveland Browns won in the NFL.

Griffin, the 2011 Heisman Trophy winner while at Baylor, was the No. 2 overall pick in the 2012 NFL Draft. Griffin had two statistically solid seasons in Washington after being drafted, but injuries have since derailed his career, and he spent the 2017 season unsigned by any team.

As for Brown_Nation_, if you were really upset with Griffin, why not just unfollow? Why announce that you need to unfollow? Just do it if you really don’t like him.