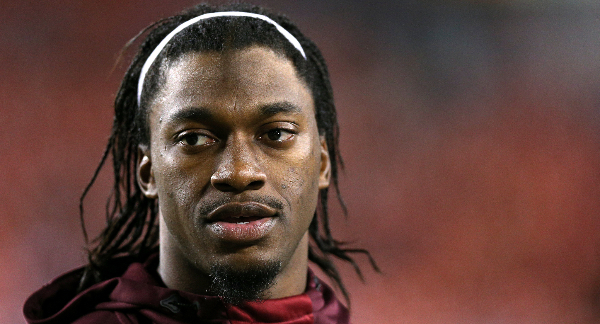 Robert Griffin III isn’t currently in the NFL, but the former Offensive Rookie of the Year is still looking for opportunities to play in the NFL again.

Griffin made a guest appearance on ESPN’s NFL Live, and he said he worked out for the Los Angeles Chargers and almost played for the Baltimore Ravens. He also said he had “interesting offers” from other teams around the league, according to ESPN’s Adam Schefter.

On ESPN’s NFL Live, where he is a guest analyst for next two days, QB Robert Griffin III said he worked out for Chargers last summer, almost played for Ravens, and has had “interesting offers” from other teams as well.

Related: Robert Griffin III makes his case to one playoff hopeful in hopes of NFL return

Griffin last appeared with the Cleveland Browns in 2016 where he started in five games, but he was hurt for most of the season. He threw for 886 yards, two touchdowns and three interceptions, but he was also the last Browns QB to win a game.

Griffin played three seasons with the Washington Redskins, but injuries derailed his tenure after he was the No. 2 overall pick of the 2012 NFL Draft.

There have been several injuries at the quarterback position this season, and it’s still possible that the 27-year-old could find a team in the future.