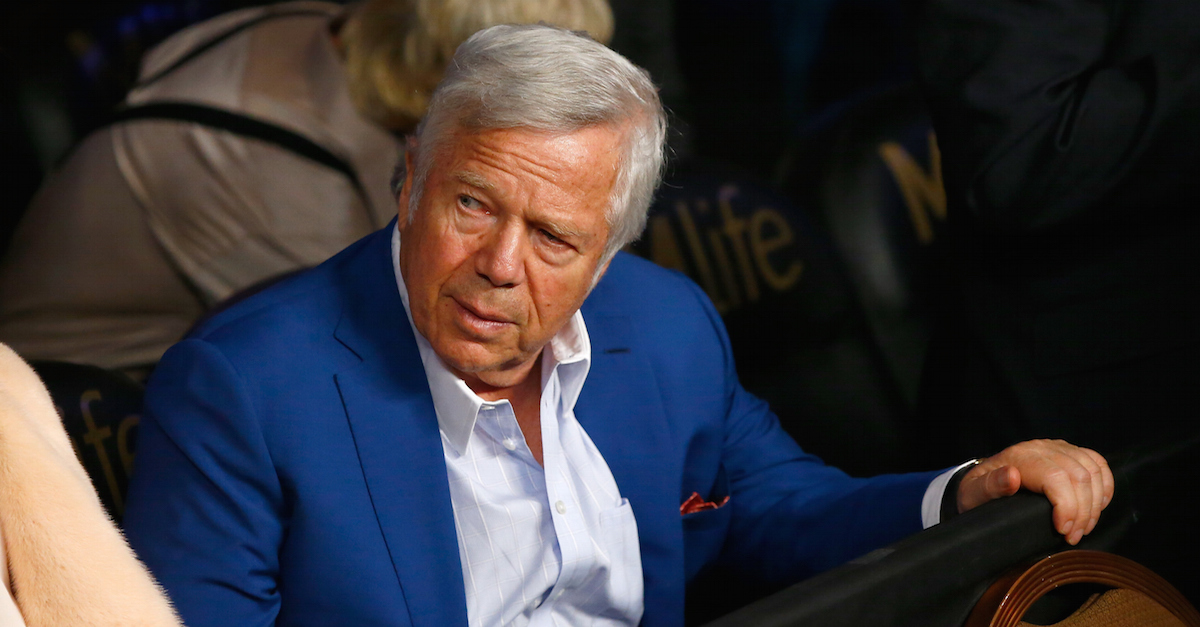 The New England Patriots have been the talk of the NFL this week, despite the fact that the team won’t be in action during the Wild Card round. That buzz stems from an ESPN report that included a number of stories about potential in-fighting with the organization, including reporting surrounding the decision to trade Jimmy Garoppolo and the notion that head coach Bill Belichick could be on the way out in the near future.

With that as the backdrop, Peter King of the MMQB caught up with owner Bob Kraft and he directly addressed what he termed as inaccurate reporting with regard to Garoppolo, Belichick and Brady.

?I assumed once the season started, we?d talk again at the end of the season about it. The next time I spoke with Bill about it was the Monday before the trade deadline. He called me on that Monday and said he got a deal with San Francisco, Jimmy for a second-round pick and [quarterback] Brian Hoyer. Turns out they had to cut Hoyer and then we got him. But really, this was basically a second-round pick and Brian Hoyer for Jimmy. Bill asked me if I was OK with this. I was really taken aback a little bit. I wanted to think about it. I talked to Jonathan, who was okay with it, and I called Bill back and said, ?OK.??

In addition, Kraft directly indicates that he “absolutely” believes Belichick will be back in 2018, even through the prism of whispers that he could flee for the New York Giants after this season is complete.

It seems inconceivable that the Patriots could fall apart, even with full knowledge that they have to do so at some point. Still, Kraft doesn’t mince words here and he certainly seems to believe Belichick is back for 2018 and beyond.