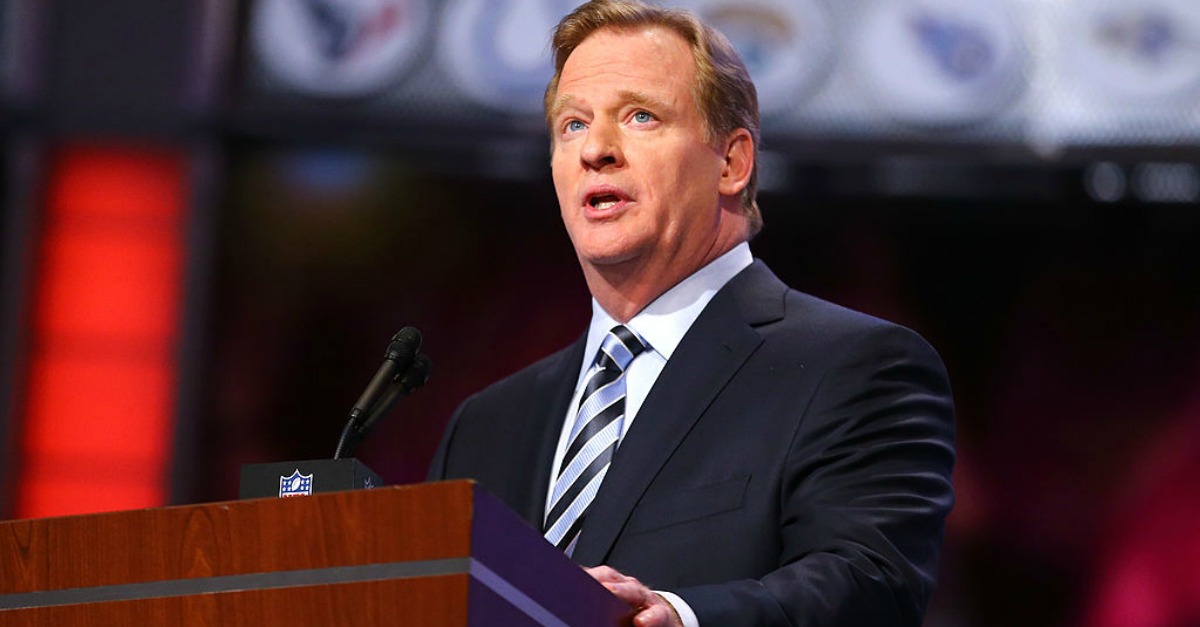 Roger Goodell, NFL commissioner, is not thought of as the most competent commissioner in professional sports. Still, even despite his flaws, ESPN s reporting that Goodell is set to make a ton of money as he negotiates his new contract with the league.

Goodell is looking for an extension from the league and quite a significant pay raise if you’re to believe the reports. Adam Schefter and Chris Mortensen of ESPN are reporting that the latest counterproposal from Goodell, who has been the commissioner since 2006, includes an annual salary of nearly $50 million per year, as well as a lifetime jet and lifetime health insurance for his family.

Goodell package on table is $50 million a year. Mark Parker, CEO of Nike, which makes double the revenue of NFL, last made $14M. https://t.co/MhXzug9JVH

That’s quite a hefty raise, especially considering the fact that Goodell is currently making $30 million per year, and ESPN is reporting that the NFL owners may not be too keen on giving the commissioner what he wants.

One NFL owner told ESPN that there are “several owners in this league who don’t make $40 million a year.” The owner was referring to the salaries that owners take, which does not include the increase in valuations that each NFL franchise has undergone.

“That number for Roger just seems too much,” the owner said. “It’s offensive. It’s unseemly.”

One NFL executive told ESPN that the committee should pass a rule that prohibits Goodell from making more than the league’s highest-paid player.

Goodell does oversee easily the top sports league in the United States so it would make sense that he’s looking for a ton of compensation, but considering his multiple gaffs as commissioner and some of the legal trails he’s taken the league down (See: Deflategate), a good case can be made that he’s not worth $30 million a year, let alone $50 million.

It will be interesting to see what the NFL owners decide to do.