Roger Goodell finally got an issue right, and it might be the most important one yet 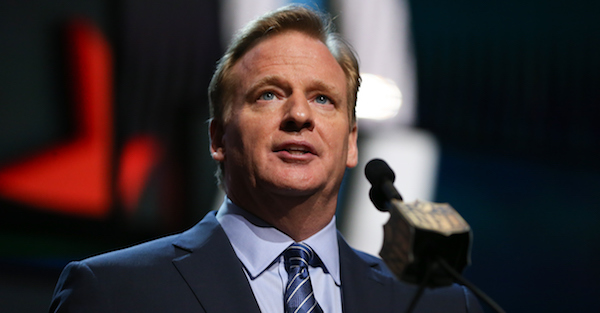 NFL commissioner Roger Goodell doesn’t have the best track record when it comes to handing out fines or suspensions (you won’t get any contention from Patriots fans, surely).

He and the NFL has been rather lenient and understanding recently, and his most comments regarding player protests are the clearest indication.

In the wake of players joining (or disagreeing with) Colin Kaepernick’s protest against police brutality, Goodell said that he not only respects the players protesting, but wants them to.

“We don’t live in a perfect society. We want them to use that voice,” he said according to ESPN. They’re moving from protests to progress and trying to make things happen in the communities, and I admire that about our players [being] willing to do that.”

Like anyone who has weighed in on the subject, Goodell still called for the respect of the flag and that players have moved from sitting alone, to their other demonstrations is “productive.