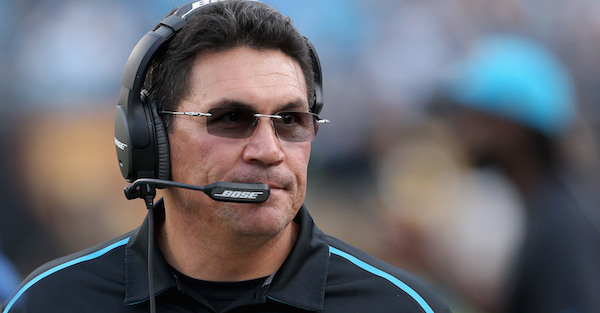 The Carolina Panthers have not yet begun their playoff journey but the organization has already made a move to lock up a key cog for the future. On Saturday morning, word broke that head coach Ron Rivera had been rewarded with a two-year, $15.5 million contract extension.

Carolina navigated the 2017 schedule with an impressive 11-5 record and that was apparently enough to provide the requisite stability to please the organization. Of course, it should be noted that the front office (namely at the ownership level) is in transition in Charlotte but, despite last year’s crater following a Super Bowl loss, Rivera seems to be well respected around the building and this backs that up.

With this move and an average annual salary nearing $8 million, Rivera joins the ranks of the highest paid coaches in the sport and, while no one is touching Jon Gruden at this point, that is a real statement in its own right. The Panthers still have a lot of work to do to accomplish their big-picture goals for the season but, before even taking the field against the New Orleans Saints on Wild Card weekend, the franchise was very busy with an important matter with real future impact.