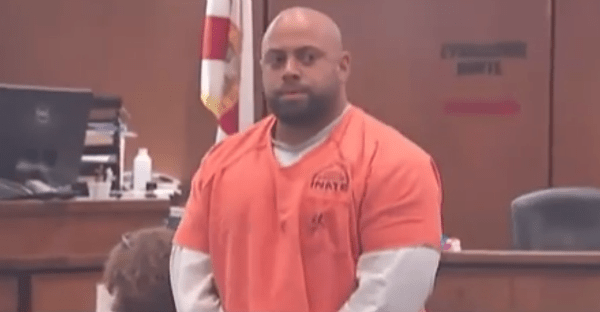 Miller 30, is being investigated for domestic battery by the state attorney?s office in Florida. The Star quoted a report from the Jacksonville Sheriff’s Department, which said this is what happened.

Miller and his wife got into an argument at their home following a trip to the zoo. The argument turned violent, and Moore allegedly grabbed his wife’s hair, pushed her around nearly tore off her shirt. When authorities arrived at the resident, they found his wife, Nicole, with a scratch on her face, a cut on the back of her neck, and a braid ripped from the back of her head. The report went on to note that there were five children in the home at the time of the incident, and all were between the ages of 4 and 10.

Authorities took Miller to jail, where he was released on his own recognizance pending a Nov. 28 court date. Fox News, in the Twitter account below, says authorities released Miller after his wife declined to press charged, but that the investigation continues.

NFL players kneel to protest inequality & brutality. So when are they going to protest the domestic inequality & abuse by teammates?#StopDomesticAbuse#ProtectWomen#NFLAbuserspic.twitter.com/Z2LjBSjZye