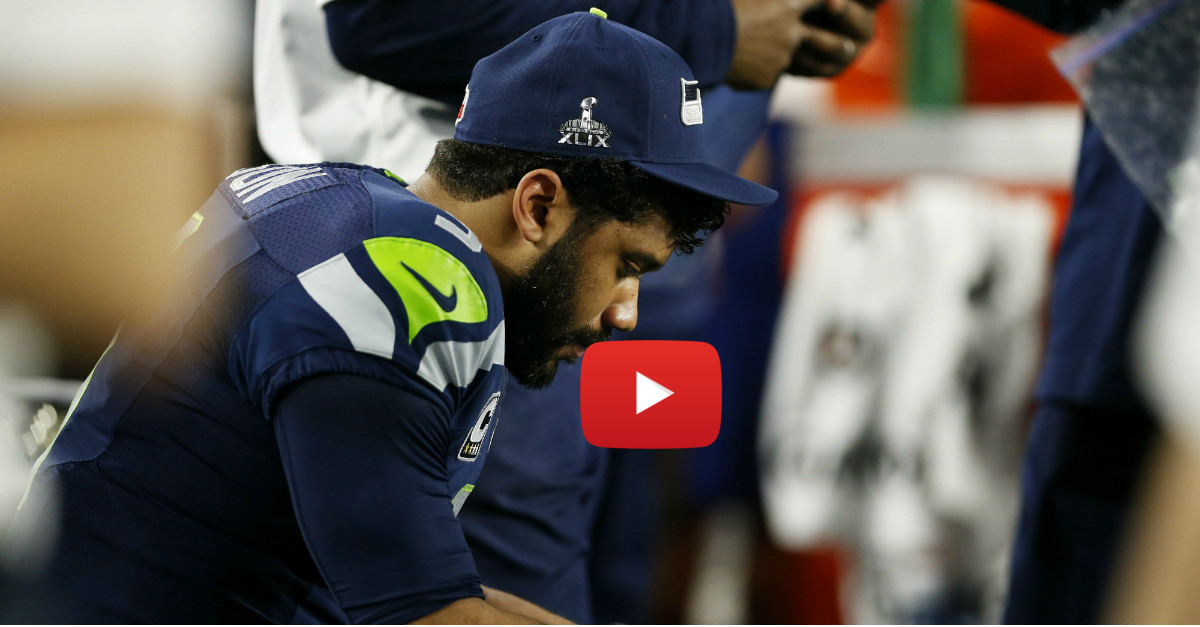 We all know what happened in the Super Bowl by now. Russell Wilson dropped back on the one-yard line, hoping to complete a one-yard slant play on the goal line to give Seattle a late lead over the Patriots, but the ball was intercepted by Malcolm Butler. New England had one the game.

The call, which is one of the worst play calls in sports history, has been ridiculed, deservedly so. Wilson says he remains haunted by the play.

“One yard. I’d be lying if I said I haven’t been thinking about that one yard for the past 17 days,” Wilson said on the Players Tribune. “Everyone wants to know how I feel. Well … it’s complicated. Walking off that field in Arizona and seeing disappointed Seahawks fans in the stands was anguish. How could I not feel like I let them down? I tried to be positive, but I’m not perfect. I have been away from the game for almost three weeks, trying to escape football and clear my mind. But the funny thing is, I’ve never felt hungrier to get in the weight room and the film room, and keep pushing until we get to Super Bowl 50.

“How do I feel? I don’t know if I can fit it into a soundbite. I definitely couldn’t fit it into a 30-second Instagram video. So, after the Players’ Tribune roundtable event on Saturday, I had the camera crew stick around so I could talk it out. Sorry if it’s not perfect. There was no script here. I just wanted to talk directly to the 12s. This is for you.”

Wilson has what it takes to bounce back from this and become a better quarterback. He has the right mindset to lead Seattle back to a Super Bowl. Yes, he and the coaching staff made a huge mistake. But it’s not the end of the Seahawks’ dominance. They will be back and Wilson is the right man to lead them back.