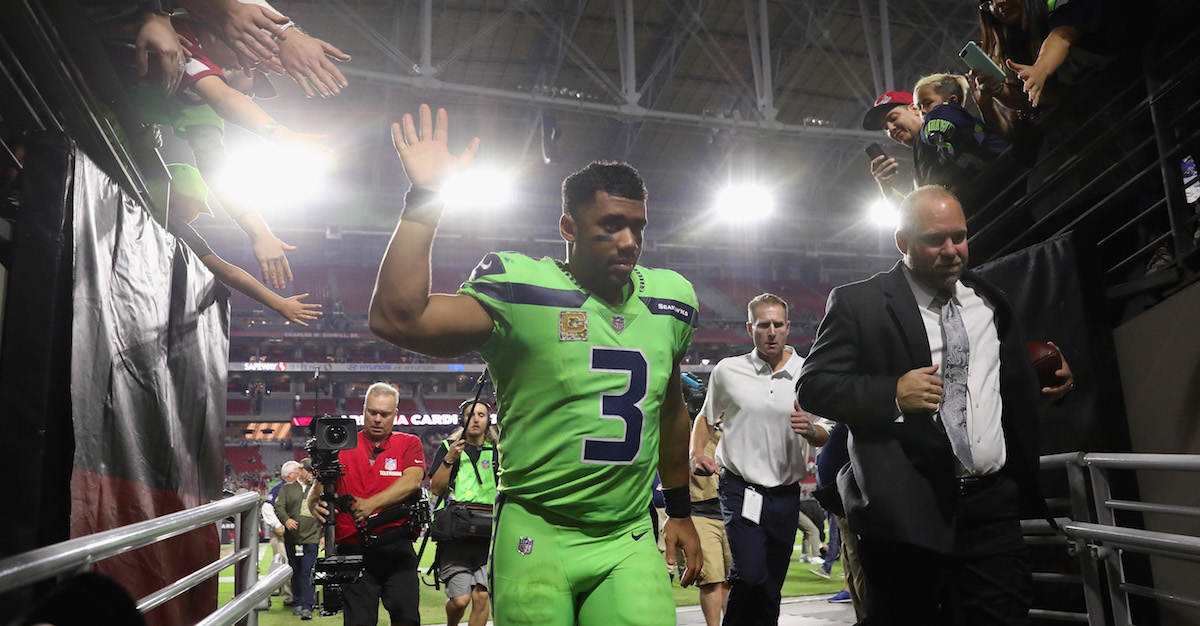 The NFL isn’t happy with the way the Seattle Seahawks treated a possible concussion to quarterback Russell Wilson during a Thursday night contest against the Arizona Cardinals, and according to reports, the league and the NFLPA will formally investigate the matter.

This, according to USA Today’s Lindsay Jones:

NFL spokesman Joe Lockhart said issue with Russell Wilson and the concussion protocol is being "formally investigated" by NFL + NFLPA.

The Seahawks are under fire after sending Wilson back into the Thursday night game literally one play after he was sent to the sidelines by a referee to undergo a preliminary check for a concussion. The sequence in question can be seen below. Wilson did take a pretty good hit, and that led to Austin Davis getting the call from the bullpen.

Russell Wilson sent off after taking hit to the chin for concussion check, ducked in the tent then sent right back out pic.twitter.com/8HXvKOGNuG

The NFL’s concussion protocol is pretty extensive, even just checking to see if a player has one in-game, so it would make sense that the league is suspicious of whether or not Wilson was actually checked properly. After all, he barely had time for a squirt of water on the sideline, let alone a full evaluation from the medical staff.

According to Seahawks’ coach Pete Carroll, via the Seahawks Insider Blog, the organization is cooperating with the NFL in its investigation:

?Yeah, we are cooperating with them, and there is some stuff again (on Wednesday),? Carroll said. ?We are just doing the work needed to get all the information.

“We are going to unveil all of that and talk our way through it, and (involve) the referee and all that, and we?ll figure it out. …We should know more in a couple of days, I think.”

For what it’s worth, Wilson himself didn’t think he had a concussion, but he did certainly get hurt on the play — notably hurting his jaw.

If the Seahawks are found to have completely skirted the NFL’s concussion evaluation policy, a hefty fine should be expected.