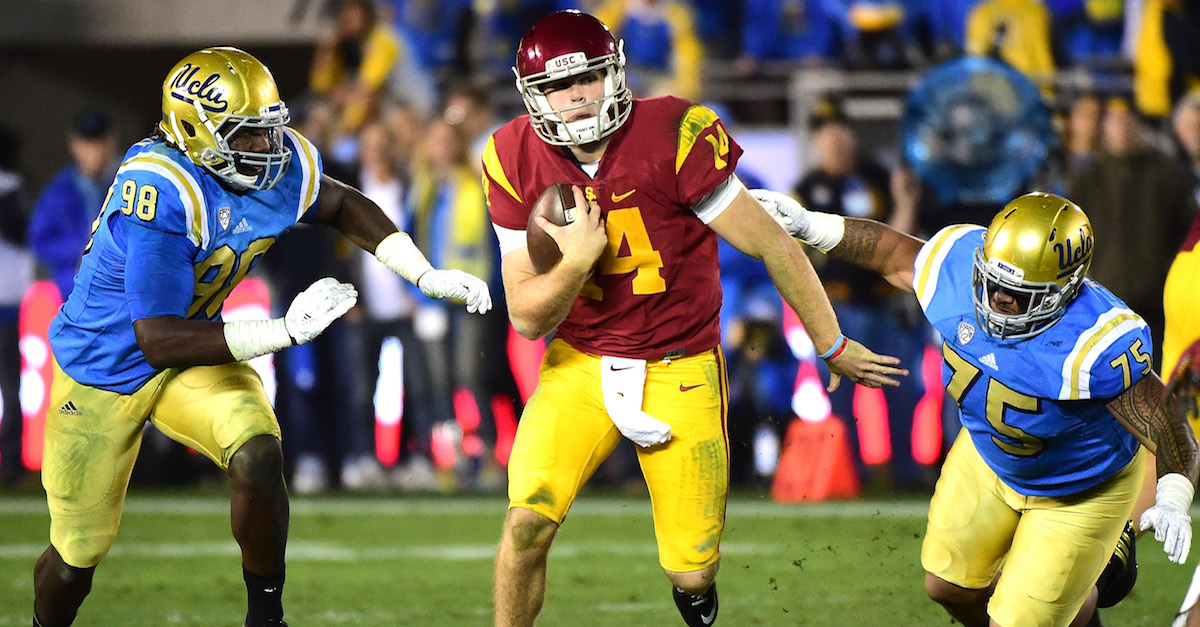 The Cleveland Browns are a mess and it hasn’t been overly shocking to see names at the top of the 2017 NFL Draft, including USC quarterback Sam Darnold, reportedly weighing decisions to forego this year’s entry based on the team picking in the No. 1 spot. UCLA QB Josh Rosen has also been tied to such buzz but, this week, Darnold addressed the rumors concerning a potential aversion to the Browns in speaking to ESPN.

“Whenever I come out to go to the NFL, I think I’d be honored to play for any team. It’s been a dream of mine for such a long time to play in the NFL. Any team that would want to give me that opportunity to be a part of their organization, it would mean the world to me.”

Of course, Darnold did not mention the Browns specifically and, to be frank, this is the only public tact that makes sense at this early stage. There is near-universal agreement that Darnold will be a top pick in the draft and, even if he did not go at No. 1 overall, the Browns would be crazy not to at least consider him in that position.

There is still plenty of time for names like Darnold and Rosen to seemingly choose a path other than Cleveland but Darnold is saying the right things in advance of the end of his college career.