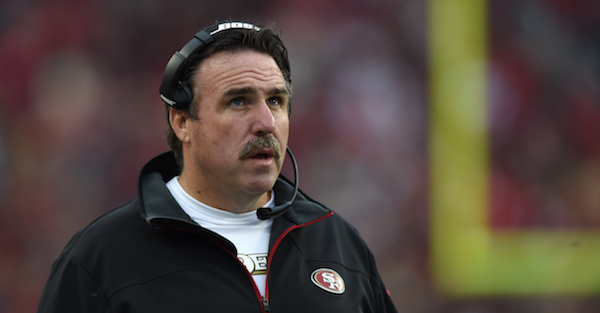 Just three seasons after a Super Bowl appearance, the San Francisco 49ers had their worst record since 2007 at 5-11 under first-year head coach Jim Tomsula. The team fired Tomsula on Sunday, just hours after a season-ending win over the St. Louis Rams:

The 49ers announced they fired Jim Tomsula after one year

Whoever the next head coach is, they will likely attempt to resurrect Kaepernick’s career as the franchise quarterback. Possible options for the job at Chip Kelly, Sean Payton and Hue Jackson.