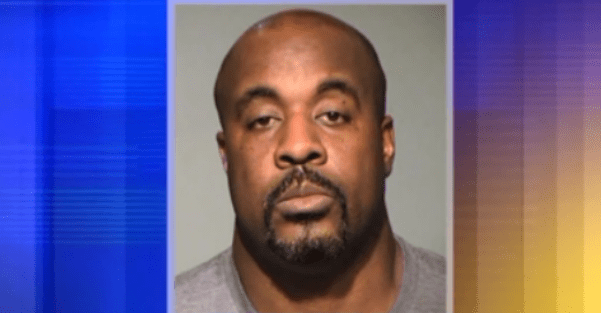 Santana Dotson, who won a Super Bowl with the Green Bay Packers in 1996, has been been cited on suspicion of DUI, according to the Milwaukee Journal Sentinel.

Dotson was cited by the Milwaukee County Sheriff’s office after authorities noticed him sleeping in his car at 2 a.m., Fox6-TV reported. Dotson was cited for first offense driving while intoxicated, and he was released about five hours after his arrest.

Newly released dash cam video (above) shows police asking Santana if he had anything to drink, and Santana denying he consumed alcohol.

Dotson, now 47, was a football star from high school. He anchored  the Yates High School football team that won the 1985 5A state championship, and he was an All-American defensive tackle at Baylor in 1991.

He played played 11 years in the NFL. He was drafted in the fifth round of the 1992 draft by the Tampa Bay Buccaneers, and went on to win the NFL Defensive Rookie of the Year in 1992. He played with the Green Bay Packers from 1996-2001, appearing in two Super Bowls and winning one. He finished his career with the Washington Redskins in 2002.