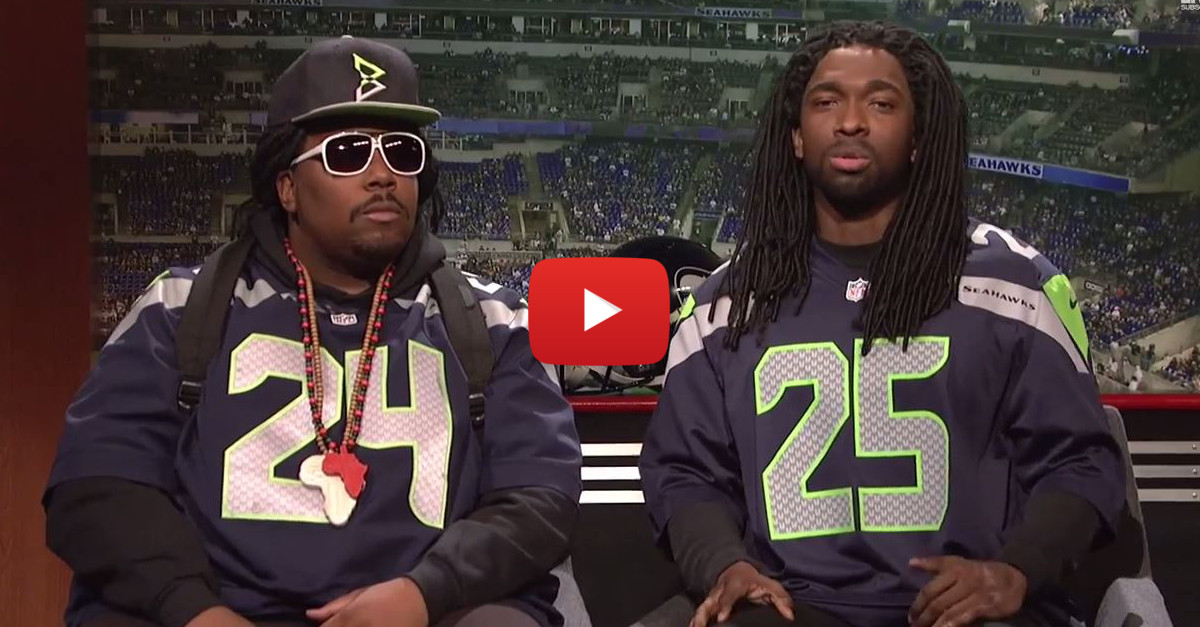 Last weekend, Saturday Night Live mocked Bill Belichick, Tom Brady and DeflateGate, so it was only fair for the NBC show to skewer the Seahawks. In this hilarious video, the cast pokes fun at Richard Sherman and his tirades, Marshawn Lynch not answering questions with real answers and head coach Pete Carroll chewing gum furiously and pointing at everything.

I have a feeling that Seahawks fans won’t like this video, though. The SNL cast pretty much calls them bandwagon fans, but personally, I think they’re some of the best fans in the league.

But this video is hilarious and hard not to laugh, even if you’re a Seahawks fan. I wish the SNL crew would mock football teams and players each week. They’re parodies are spot-on.