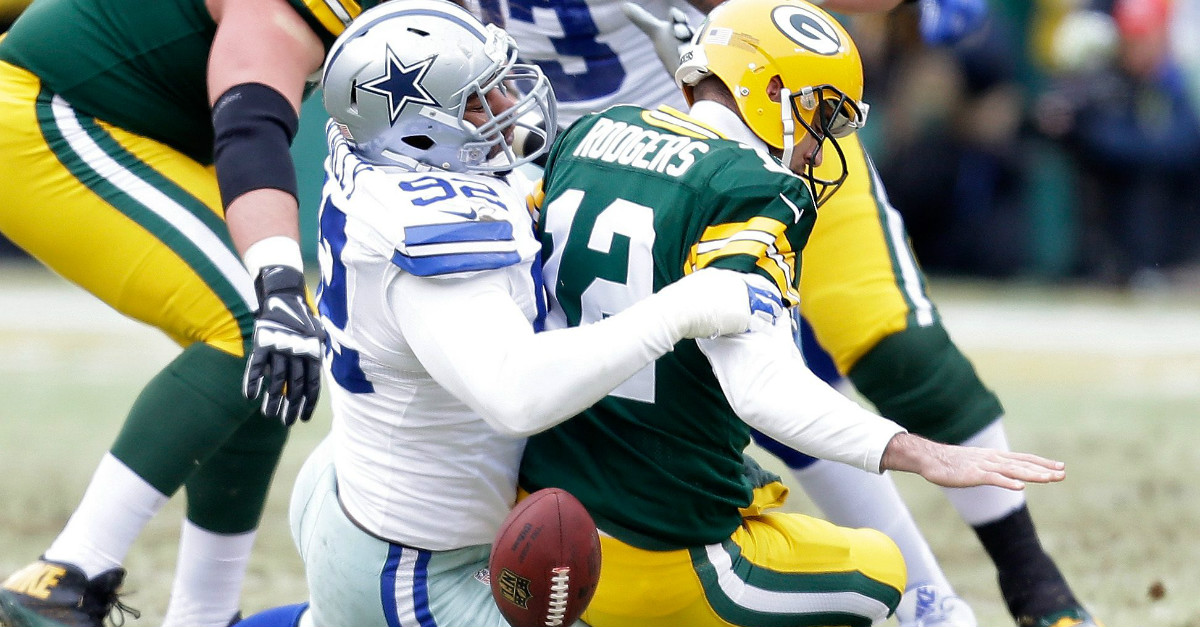 Green Bay Packers QB Aaron Rodgers suffered a re-aggravated calf injury in the season finale against the Detroit Lions. Rodgers was carted off and a report came out that he has a slight tear in his calf. But Seahawks safety Earl Thomas is pretty much calling Aaron Rodgers a liar right here.

“I’m not buying into this leg issue,” Thomas said, via ESPN. “I saw him scramble close to the goal line on the Cowboys, so he’s not fooling me with that. I’m not falling into that.”

I mean, Rodgers sure looked injured in the win over the Cowboys in the NFC Divisional round. At points, Rodgers hobbled around on the field and you could tell he wasn’t his usual self when he could have scrambled away from some sacks. Earlier in the week, Rodgers said he only has 120 minutes left in his leg, but that could be a ploy to get in the minds of the Seahawks players.

Despite the fact that Thomas thinks he’s lying, he still has the utmost respect for the Packers quarterback.

“You don’t really see a lot of quarterbacks of his skin color with soul like that,” Thomas said. “I like it.”

The Packers and the Seahawks kickoff this Sunday at 3:05 p.m. ET.