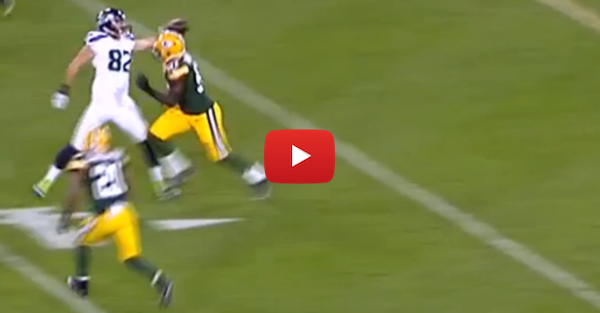 Russell Wilson threw the pass a little bit behind Luke Wilson, causing the 25-year-old to twist his body and reach behind him with his left hand to grab it.

The spectacular catch will certainly make it on the highlight reel but it wasn’t enough to get Seattle a win, they lost 27-17 to the Packers, giving them a rough 0-2 start to the season.