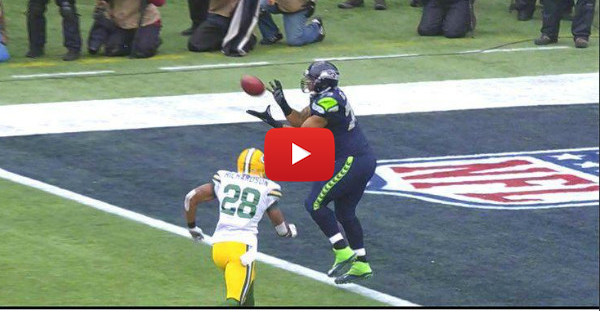 Down 16 late in the third quarter, the Seattle Seahawks needed something to get the momentum swinging in their favor. They got that in the form of a fake field goal pass from punter Jon Ryan executed perfectly to 306-pound offensive tackle Garry Gilliam. This was Gilliam’s first career catch.

(GIF via The Cauldron)

Here’s another look at the touchdown:

The TD puts Seattle right back in the game as they are now down 16-7 with four minutes to play in the third.