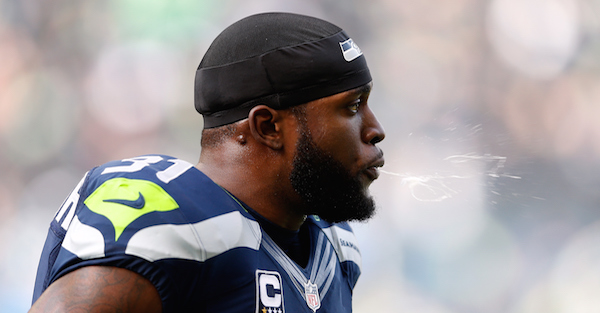 SEATTLE, WA - JANUARY 18: Kam Chancellor #31 of the Seattle Seahawks looks on before the 2015 NFC Championship game at CenturyLink Field on January 18, 2015 in Seattle, Washington. (Photo by Christian Petersen/Getty Images)

Seattle Seahawks defender Kam Chancellor reportedly believes he was wronged by the team, and he’s not backing down on his holdout for more money.

As the season gets closer, and no reported progress on Chancellor’s holdout, at least one team has emerged as a potential suitor:

Price for Chancellor obviously would be quite steep and likely include a first-round pick + more. #Giants #Seahawks http://t.co/uW8vP7omLi

After chasing Devin McCourty in free agency, the New York Giants are a logical destination for Chancellor. If the Seahawks do move on, they’re well set up for the future thanks to the guy who’s potentially leaving town.