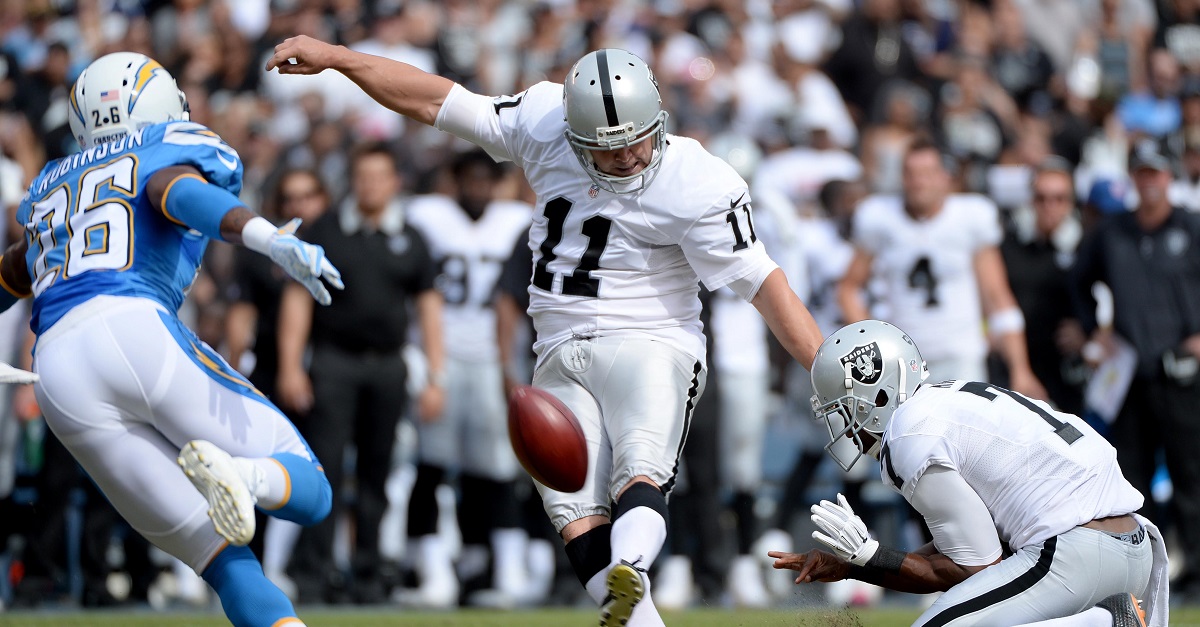 The Oakland Raiders reportedly informed kicker Sebastian Janikowski that they will not bring him back for the 2018 season, according to ESPN’s Adam Schefter.

Raiders informed kicker Sebastian Janikowski today that they do not plan to bring him back for the 2018 season, per source. An 18-year run with Raiders comes to an end.

Janikowski spent 18 seasons with the Raiders and holds the franchise scoring record with 1,799 points on 414 field goals and 557 PATs made.

The former Florida State standout was selected by Oakland with the No. 17 overall pick in the 2000 NFL Draft.

Janikowski was a Pro Bowler and a second-team All-Pro in 2011. He was also a two-time Lou Groza Award winner and consensus All-American in 1998 and 1999.