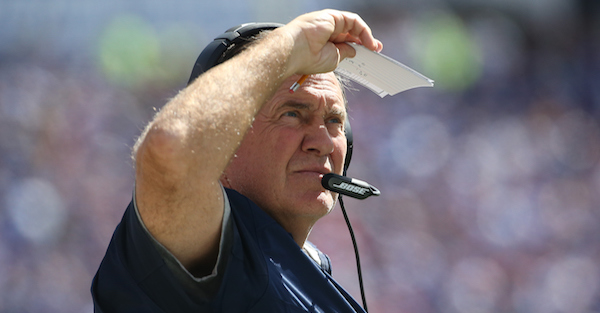 Sometimes, you wonder whether talking heads just say things to get a reaction.

Take Shannon Sharpe. On the Fox Sports 1 program, Undisputed, Sharp waxed poetic about why Bill Belichick, the genius behind the New England Patriots,  isn’t the greatest coach of all time:

?No, I can?t go there I can?t. Spygate happened. It?s on his resume. It?s like Olympic sprinters when they test positive: Everything they do after that you call into question. Even though he?s winning these games, I still [wonder], ?Are they doing something underhanded? Are they still cheating???

Let’s go to the resume. Belichick’s overall coaching records is 237-115 for a .673 winning percentage.  His 17 years in New England are even more impressive. He won nearly 74% of his games (201-71); The Patriots have won 14 of the last 17 AFC East crowns and have been to the Super Bowl seven times (including Sunday’s tilt with the Atlanta Falcons).