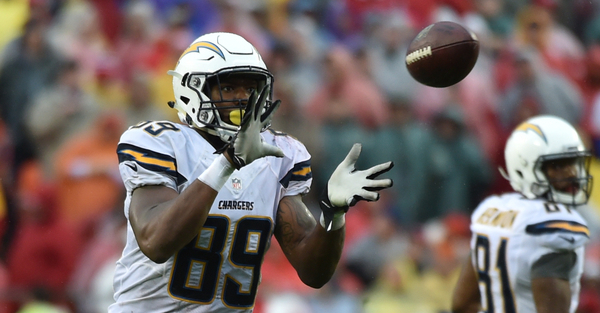 Ladarius Green’s football career may soon be over.

Pro Football Talk reports Green, who was signed by Pittsburgh this offseason, is considering retirement due to lingering headaches.

Green, who is also coming off an ankle surgery, was signed to help fill the void left by Heath Miller’s retirement. But according to PFT, there have been rumors since training camp opened that Green has constant headaches and may retire. The site’s source also says the Steelers are considering cutting Green, which they could do to try and recover their nearly $5 million dollar signing bonus.

RELATED: Sporting News ranks the NFL’s divisions, with a surprising No. 1

If Green doesn’t play for the Steelers this year, it could mean trouble for their offense. Quarterback Ben Roethlisberger is worried Pittsburgh may have to rely on young, unproven players at tight end.

With the new concussion research that’s gained widespread recognition in the last few years, it’s hard to blame Green for wanting to retire if he’s suffering constant headaches. Former Pittsburgh greats Mike Webster and Terry Long suffered greatly with CTE in their last years. At some point, getting your head bashed in every day may not be worth the possible medical effects.