Signs pointing toward two stunning picks jumping into the top 5 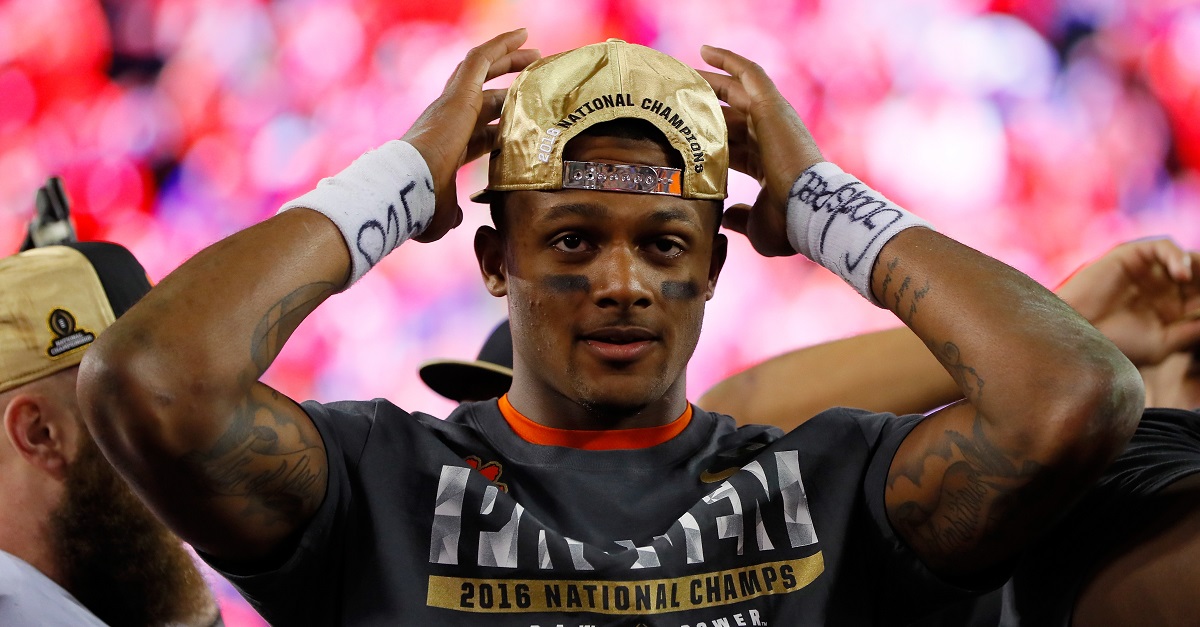 As the NFL Draft looms around the corner on Thursday, more rumors are flying around about what teams might do with their high draft picks. Most mock drafts have the Jaguars — picking at No. 4 — taking Leonard Fournette since they desperately need running back help for T.J. Yeldon and the rest of the offense. However, they could take a totally different road altogether with new executive Tom Couglin at the helm.

CBS’ Pete Prisco was asked about the odds that the Jaguars would draft a quarterback and initially answered with “40 percent” and went on to say that the number is probably going up. That led to this question from a fan and Prisco’s answer is pretty eye-opening.

That means Watson could become the No. 4 pick in the draft to replace Blake Bortles who has been struggling ever since he came into the league. In fact, Bortles has more pick-sixes than wins during his tenure in Jacksonville and since Coughlin doesn’t have any real loyalty to him, a reset could be in order.

RELATED: NFL Insider “convinced” the Browns will make a horrendous decision at No. 1 overall

With UNC’s Mitchell Trubisky rumored to be an option as the top overall pick, that could put two quarterbacks in the top five of a draft that most people have deemed not too good for the position. Let the drafting insanity begin.