Skip Bayless has a strong opinion on who the Browns should take at No. 1 in the Draft 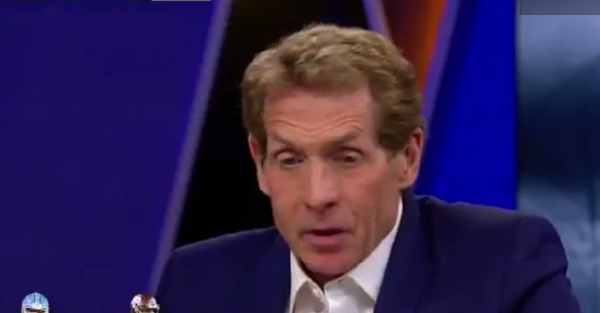 Skip Bayless has been known to spout off at the mouth, especially on the subject of football. This time, he might have gone too far though as he is claiming that the Cleveland Browns shouldn’t take Mitch Trubisky or Myles Garrett as the top pick in the draft as reports have indicated those are the two guys they’re stuck on.

Of course, Bayless decided to stir the pot by suggesting a third choice in Clemson’s Deshaun Watson:

"I would take Deshaun Watson #1 overall and I wouldn't look back." — @RealSkipBayless with #StraightTalk on the NFL draft@MyStraightTalk pic.twitter.com/uqshyCJIml

Bayless also suggesting that he watched a lot of Texas A&M and UNC tape is ridiculous as we all know there’s absolutely no way he could have watched everything he needed to in order to have an educated opinion on all three players. While Watson does have some intangibles that teams like, he has also shown that he has some inconsistencies throwing the ball downfield and with making certain reads.