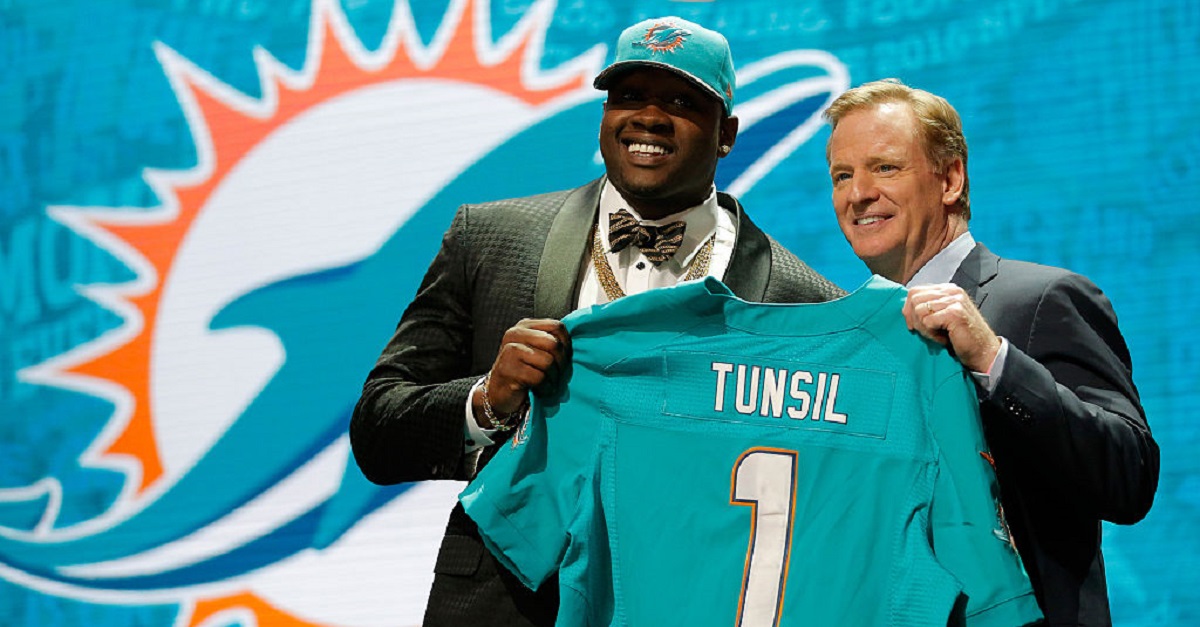 during the first round of the 2016 NFL Draft at the Auditorium Theatre of Roosevelt University on April 28, 2016 in Chicago, Illinois.

Laremy Tunsil has had better days.

A video surfaced on Tunsil’s Twitter account just before the NFL Draft started on Thursday, which appeared to show him smoking marijuana. The snafu likely caused Tunsil to all in the Draft, as he fell all the way to the Miami Dolphins at 13.

That was not all for Tunsil’s social media on the night, though. Later in the night, pictures were posted on Tunsil’s Instagram account that appear to be screenshots of private messages. What the screenshots could put Ole Miss in a lot of trouble with the NCAA.

The messages appear to show Tunsil communicating with one of the coaches at Ole Miss, asking for favors that include money for his mother’s bills. Considering the problems that Ole Miss has had recently with the NCAA, these allegations will likely cause another investigation of the school.

RELATED: Ole Miss accused of up to 30 NCAA violations

When asked about the issue at the draft, Tunsil had conflicting responses.

Laremy Tunsil asked if he took money from a coach. "I'd have to say yeah."

Tunsil just denied an exchange of money between him and his coach. Then, asked again, said it happened. Then interrupted, ushered off stage.

Ole Miss aside, this entire fiasco has cost Tunsil dearly. Not only has he lost credibility in the eyes of the league, but the fall in draft position likely cost him at least $10 million. Regardless of how much money Tunsil ends up making in his career, $10 million is no joke to be left on the table.

We will have to wait to see how Tunsil and his team handle this situation, but he clearly will have a lot going on over the next several months — potentially years — cleaning this up.