Sporting News ranks the NFL by divisions, with a surprising No. 1 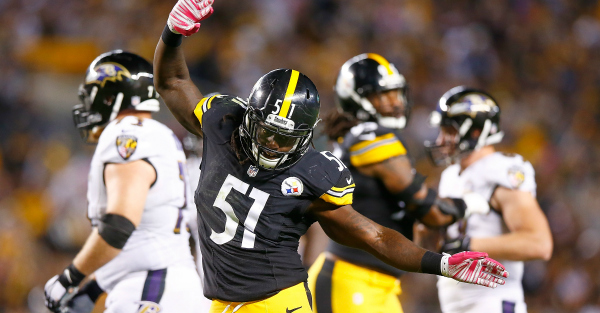 Jared Wickerham/Getty Images
of the Pittsburgh Steelers of the Baltimore Ravens during the game at Heinz Field on October 1, 2015 in Pittsburgh, Pennsylvania.

Sporting News ranked the NFL’s divisions from top to bottom, and its No. 1 pick may surprise you.

Instead of the AFC West with defending Super Bowl champ Denver or the NFC West with contenders Arizona and Seattle, the publication picked the AFC North as the league’s best division in 2016.

Sporting News predicts the Ravens will rebound after a down year, the Bengals will break their playoff drought and the Steelers will win the Super Bowl. They also think the Browns could be competitive with Robert Griffin III at quarterback.

It’s a bold prediction coming off of what was a forgettable year for the division. The North combined won only one playoff game last year… and that was when Pittsburgh beat Cincinnati in a Wild Card game. The only other team in the division that’s won a playoff game in the last three seasons is Baltimore, who beat Pittsburgh in a wild card game in the 2014 season.

Certainly the AFC North is one of the league’s better divisions, but a 2-5 playoff record in the last three seasons (with the two wins coming against other divisional opponents) doesn’t inspire a lot of confidence with the publication’s predictions.

Picking the Steelers to win the Super Bowl is perhaps an even bolder prediction. Roethlisburger is coming off an injury at age 34, receiver Martavis Bryant is suspended and Heath Miller is gone. Pittsburgh is certainly a playoff contender, but a Super Bowl champ? For what it’s worth, Vegas oddsmakers have the Steelers behind five other teams as this year’s likeliest Super Bowl champs (Patriots, Packers, Seahawks, Cardinals and Panthers).