Time for Adam Jones to eat crow: Antonio Brown ruled out with concussion 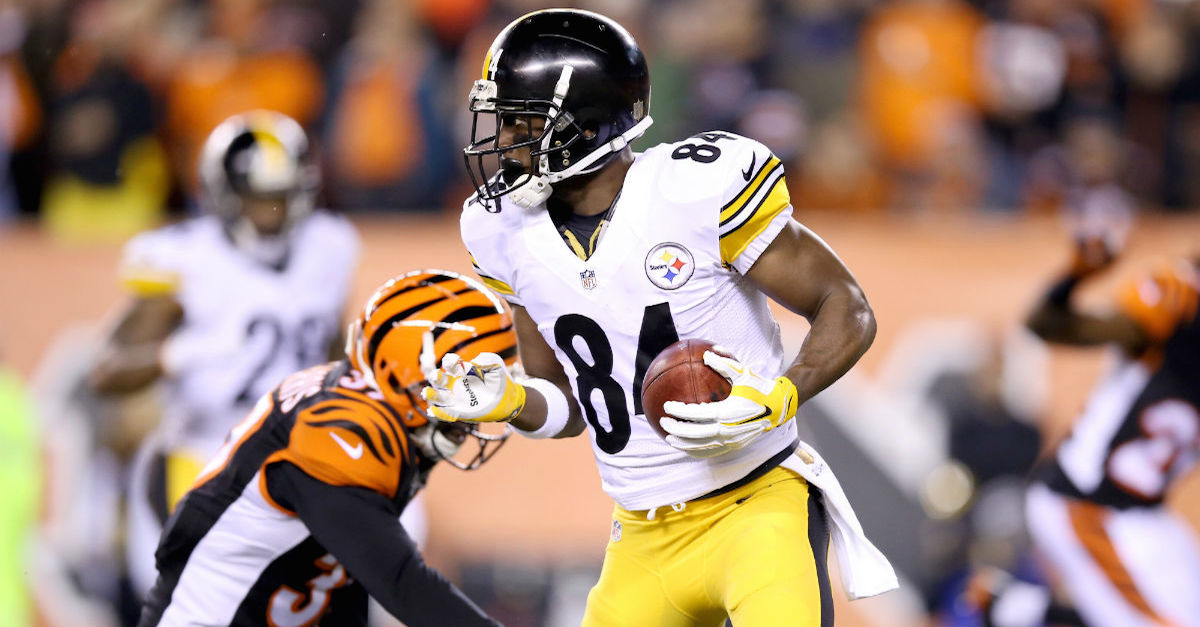 The Pittsburgh Steelers will have to take on Peyton Manning and the Denver Broncos this Sunday with an injured quarterback and no Antonio Brown. Brown was officially ruled out with a concussion he suffered in last week’s 18-16 win over the Cincinnati Bengals. This is a tad bit awkward for Bengals cornerback Adam “Pacman” Jones, who accused Brown of flopping on the play that caused him the concussion.

The play, which happened with :22 left in the fourth quarter, resulted in a 15-yard penalty on Bengals linebacker Vontaze Burfict, who looked to give a cheap shot on Brown at the end of the play. PacMan said after the game that Brown flopped on the play in order to get the penalty called.

This is just brutal pic.twitter.com/hBsIAJIBwO

Now that Brown has officially been ruled out with a concussion, Pacman probably owes him a big apology.