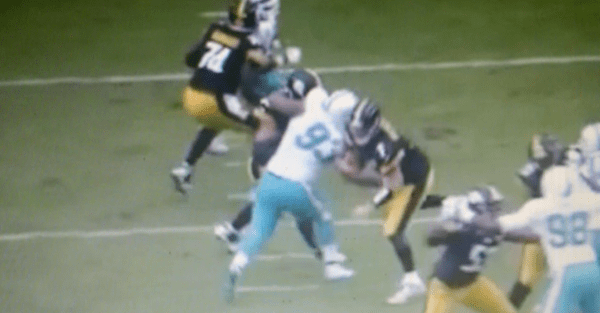 Pittsburgh Steelers quarterback Ben Roethlisberger will at least miss his next start, if not more time, after suffering a torn meniscus in his left knee. The Steelers have no sent in video of a questionable hit by troubled defender Ndamukong Suh.

Related: Ryan Fitzpatrick’s helmet got knocked off, and because it’s Ndamukong Suh, everyone thinks it was a dirty play

Here is what Steelers asked the league to review: Suh reaching out his leg to kick Roethlisberger. https://t.co/tPbXSSPFcL

Suh’s troubled past will likely be taken into account, but after two dirty hits by Vontaze Burfict drew a $75,000 fine, it’s difficult to imagine the defender drawing even close to that for a kick.