Stephen A. Smith absolutely goes off on Colin Kaepernick not voting in 2016 election 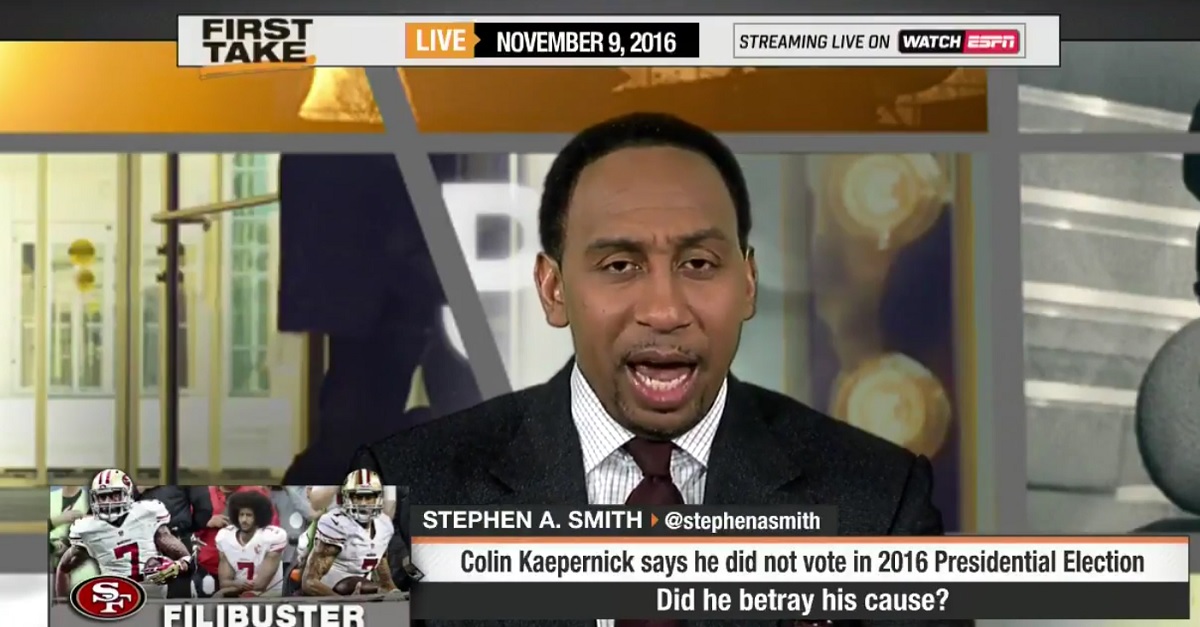 Stephen A. Smith has never been one to hold back when he has an emotional thought on something, but he unleashed a tirade that exceeds his usually standards over the recent Colin Kaepernick controversy.

Kaepernick admitted on Tuesday that he had not voted in the 2016 Presidential election, and that he had no intention of doing so. Kaepernick cited that no candidate filled his requirements, so he stay away from the polling stations.

That definitely irked Stephen A.

That was already quite the rant, but Smith got even more animated and delivered one of his most passionate rants that he has ever delivered on television.

“And Colin Kaepernick, after all of this noise that you made, even though you didn’t intend to do so by offending our military servicemen and women, and pointing out about how you wanted to bring attention to racial injustices and beyond in this country… to turn around, and to not even take your behind to the polls to vote for a particular candidate? It is shameful! Absolutely shameful. Him of all people, because of the position he took, because of the attention he brought to the issues, the fact that you don’t even have the decency to go to the polls and activate yourself in this election as our President said is a damn shame! I don’t want to hear another word from Colin Kaepernick.”

The Kaepernick controversy first began back in September when the 49ers quarterback took a knee during the national anthem as a way to protest racial injustices. The protest reached a national scale in terms of the conversation being had about the issue, and it now looks like Smith — and many others — are upset that Kaepernick didn’t vote after all of the fuss that was raised.