Stephen A. Smith gives the dumbest theory on why Chip Kelly is making crazy moves 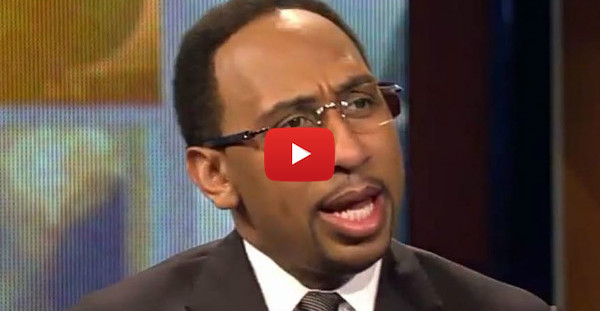 In my opinion, ESPN’s First Take is the worst sports television show on any station. Talking heads Skip Bayless and Stephen A. Smith debate on the day’s hottest topics, and it usually ends up with one of them saying really stupid presented with zero factual evidence.

Take this example from Monday’s show. Bayless and Smith were talking about the moves that Chip Kelly has made in his tenure as head coach of the Philadelphia Eagles. He has gotten rid of playmakers such as DeSean Jackson, LeSean McCoy and Jeremy Maclin. Three players of African-American background gone for seemingly no reason.

Now, here comes Smith’s theory as to why they are gone. Here’s what he had to say:

?Chip Kelly makes decisions over the last couple of years that, dare I say, leave a few brothers feeling uncomfortable,? Smith said. ?I think that?s fair to say. I mean, we?re sitting here looking at some of the decisions that Chip Kelly makes and I?m like what is up? What?s up with that? I mean, it?s like you?ve got to be his kind of guy, you know? And I?m like, well, Riley Cooper?s your kind of guy??

By mentioning Cooper, Smith is implying that Kelly was OK with the receiver making a very racially insensitive remark at a concert. Kelly actually fined Cooper and sent him home from training camp. Smith suggests that Kelly is a racist, without actually saying it, because of these roster moves.

This is a poor and tasteless opinion from someone who is paid millions to give the viewers his “informed” take. He has zero evidence of Kelly having racial motivations for roster moves.