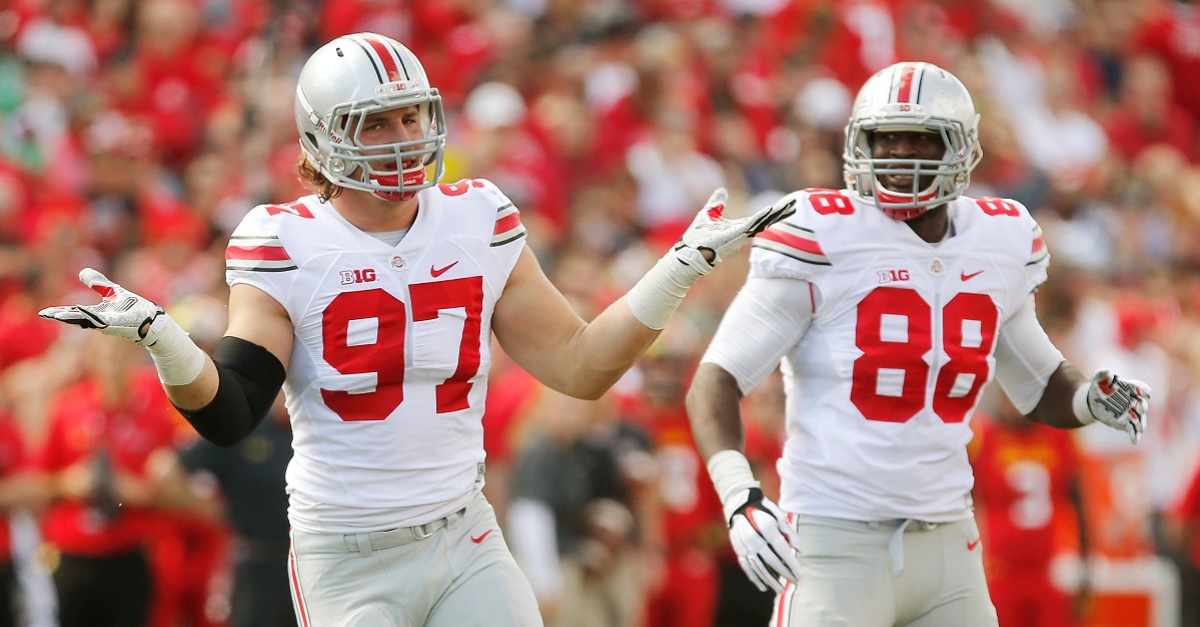 Former standout Ohio State defensive end Joey Bosa is still holding out as the No. 3 overall selection to the San Diego Chargers, and it appears things are only going to get nastier before they clear up.

Even Bosa’s mom is fed up at this point, per San Diego Union Tribune, commiserating with a Facebook friend that it bums her out “so much,” and they should have “pulled an Eli Manning on draft day.”

Bosa’s mother is referring to the 2004 NFL Draft where Manning was the clear-cut No. 1 pick, but forced his way out of San Diego to land with the New York Giants.

According to Pro Football Talk, the Chargers haven’t spoken with Bosa since July 28. Bosa’s holdout surrounds negotiations over an agreement on offset pay and the top pick’s signing bonus.

Bosa, like those before him, has requested either no offset pay or his signing bonus up front. San Diego has dug its heels in and appears unwilling to meet those demands.

If Bosa holds out through Week 10, he wouldn’t be allowed to play in the NFL this season. If he doesn’t sign a deal up until the draft next season, he would reenter the draft and the Chargers would not be able to draft him again. They also wouldn’t obtain a compensatory pick.

San Diego has until Tuesday, August 9, to trade Bosa.