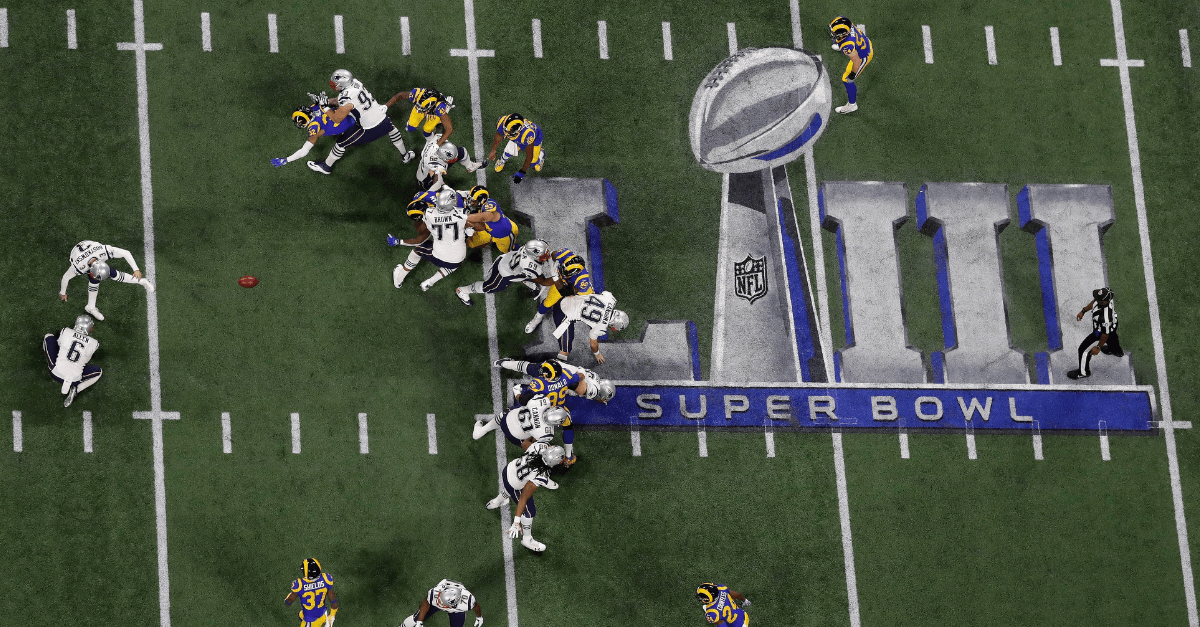 Sometimes in life, desperate times call for desperate measures. For whatever reason, that is especially true when it involves the Super Bowl. There have been some shady things that have happened over the years, but one western New York man officially takes the cake for perhaps doing the craziest thing imaginable.

Although the game featuring the New England Patriots and Los Angeles Rams proved to be a 13-3 bust, and the halftime show was nothing short of mediocre, 60-year-old Robert Brandel of North Tonawanda did something completely outrageous to avoid paying off a massive Super Bowl bet.

New York state police say Brandel faked his own kidnapping and robbery because he was short of the $50,000 cash he owed in his squares pool, according to The Associated Press.

You seriously cannot make this kind of stuff up if you tried.

State troopers were called to the Tops parking lot in Newfane, about 30 miles north of Buffalo, on Monday for a report of a man found tied up in a blue Ford F-150 pickup truck. That?s where they found Brandel with a rope tied around his neck, which was attached to the headrest and hands, and with duct tape around his ankles, according to WGRZ.

So how did he get there? The troopers say Brandel explained that two men involved in the Super Bowl squares bet got into his car, robbed him of $16,000, drove him around for a couple of days and left him tied up in the parking lot.

That wasn?t necessarily the case, though. Investigators actually determined Brandel put some fake names into the Super Bowl pool with the hopes of taking home a lot of the winnings. Instead, he lost and owed $50,000, which he wasn?t able to fulfill.

In the aftermath of the investigation, Robert Brandel was charged with fraud and falsely reporting an incident.

There?s some crazy things that happen in this world. Faking your own abduction to avoid Super Bowl payouts is definitely high up there on the bizarre list.