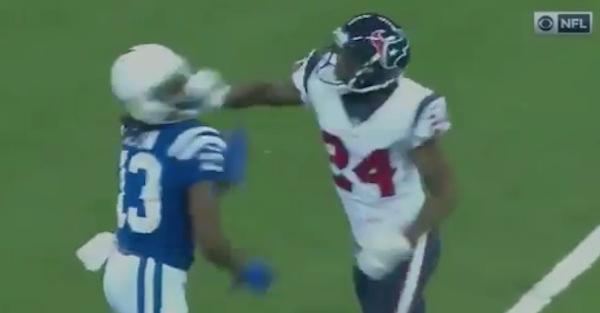 Division rivals are typically always heated, even when nothing is on the line.

That was the case on Sunday between the Houston Texans and Indianapolis Colts, when T.Y. Hilton and Jonathan Joseph threw quite clean blows and somehow weren’t tossed.

Refs ruled them as offsetting penalties, and play resumed.

Both teams finished 4-12 on the season. The Colts are expected to can head coach Chuck Pagano, and Texans’ head coach Bill O’Brien could face the same fate before next season.