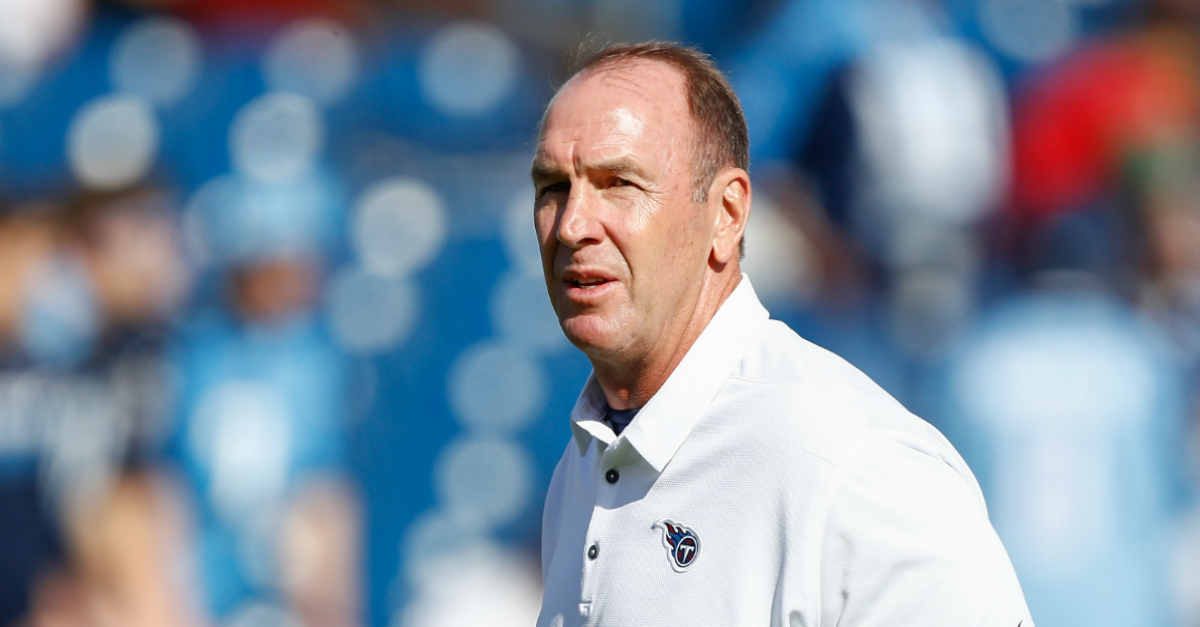 Heading into the weekend, many projected the Tennessee Titans to fire head coach Mike Mularkey. Then again, that was before the Titans were somehow able to defeat the Kansas City Chiefs on Saturday.

One playoff game win added to the resume, and it appears the hot-seat just became much cooler. Controlling owner of the franchise, Amy Adams Strunk, released a statement on Sunday backing Mularkey. The statement went as far as saying he will be the team’s head coach moving forward.

“Our mantra all season has been to take things week by week and not get ahead of ourselves and it obviously has served us well. I regret that outside rumors gained a life of their own. No one has been a bigger supporter of Mike Mularkey than I have over the last two plus seasons. Mike and Jon have changed the culture of our team and organization and I am so happy we have been able to bring success on the field to our fans – winning 19 games over the last two seasons, including our first playoff win in 14 years. Just to eliminate any distractions moving forward, Mike Mularkey is our head coach and will be our head coach moving forward. We still have work to be done, including this week, but I am looking forward to the journey.”

Over the last two seasons, Mularkey helped the Titans finish with 9-7 records in each campaign.