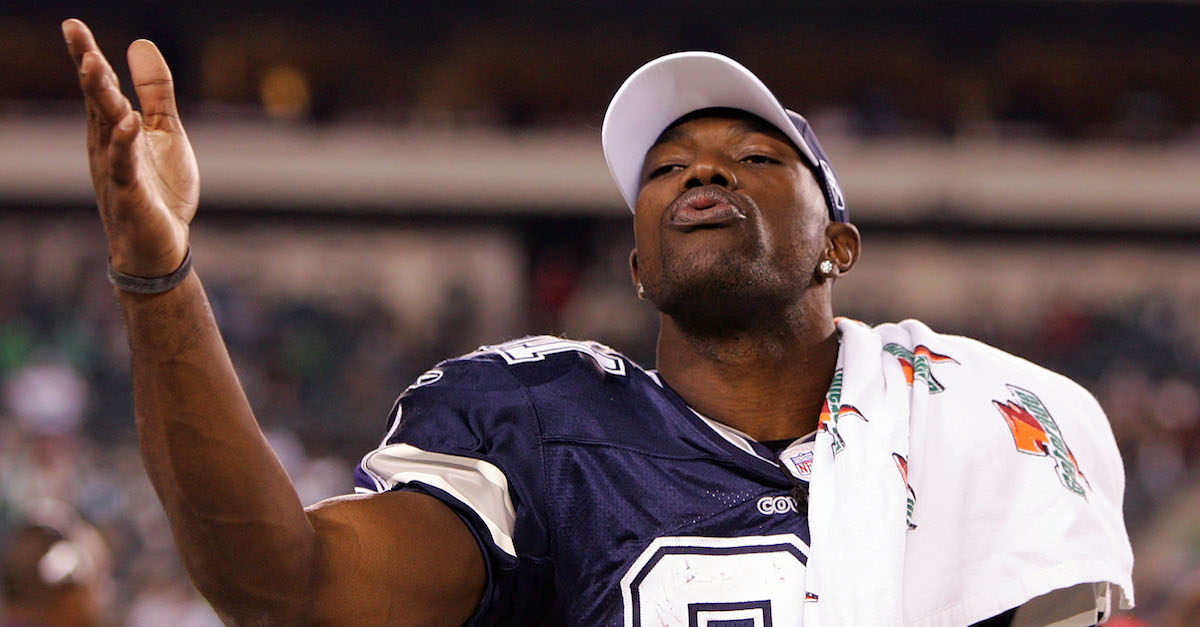 Terrell Owens may not be playing in the NFL any longer, but he’s just as outspoken as he was when he was catching passes from some of the league’s greats.

Over the weekend, Owens took his shots at Steve Mariucci (ABSOLUTE WORST):

I only left because the QB didn’t want me there because the QB felt he could win without me. So I had to move on. Trust me, I loved what I was doing in Philly with that team but I can’t make the QB like me. 🤷🏾‍♂️ https://t.co/m2Dm9n2PF8

And most notably the Dallas Cowboys, nearly as a whole.

First he aimed at Jason Garrett:

Same issue I had with Garrett when he felt I threw him under the bus after we went 13-3 the year before & we needed to change our plays, teams game planned Dak after his 1st year but Garrett doesn’t know how to make adjustments. Can’t keep running same plays over & over & over https://t.co/GiByXY2tmZ

Dak is good QB & with the players that he has on that team they underachieved. The coaches have to put the players in the best positions to succeed…meaning game planning, game adjustments, personnel adjustments. U can’t keep running the same obvious plays in the same formations https://t.co/Hc6UueFrhP

Then, the conversation devolved into a discussion on Dez Bryant and his inability to get open this season:

No. Dez has turned ppl on Dez. Some of it is on him but more on Jason Garrett & the OC who are responsible for putting Dez in the position to win. That means have him run routes to his strengths. Game planning is key…situational plays, down & distance dictates all of that. https://t.co/IcGRpLmery

Consider this…Garrett & Romo posse’d up to got rid me, Garrett got Wade fired, injuries got rid of Romo…side note: if I’m there he doesn’t have those injuries because he got someone to throw to(I get open😉) Soooo…everyone is gone now… NOW u wanna blame Dak?! Stop it!! https://t.co/IcGRpLmery

You can pretty much guarantee Owens won’t be heading to the Cowboys Ring of Honor anytime soon.

Owens played 15 seasons in the NFL, appearing in one Super Bowl, a loss to the New England Patriots as a member of the Philadelphia Eagles.

Owens played the first eight years of his career with the San Francisco 49ers, two seasons with the Eagles, three with the Cowboys, and then one year each with the Buffalo Bills and Cincinnati Bengals.