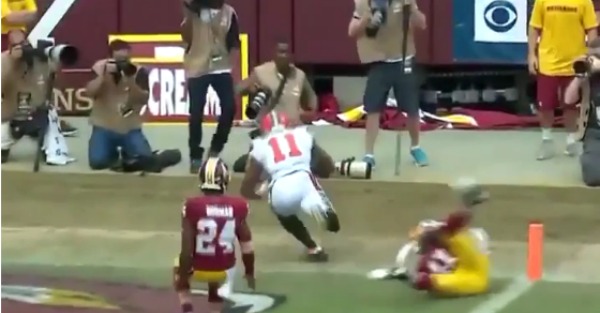 Terrell Pryor’s prediction last week that his Browns would win the rest of the games on their schedule hit a wall today with a loss to the Washington Redskins.

But he did have a nice touchdown grab.

Pryor’s production also fell off quite a bit from the career outing he had last week against the Dolphins. He had five catches for 46 yards and one carry for -6 yards.