Terry Bradshaw hit his head, thinks this oft-injured QB is better than Brady and Rodgers 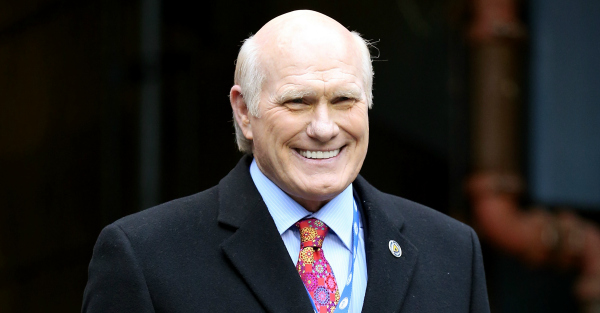 Christian Petersen/Getty Images
during the 2014 NFC Championship at CenturyLink Field on January 19, 2014 in Seattle, Washington.

Terry Bradshaw’s Steeler homerism may be coming through, or all the hits he suffered while playing with the Steel Curtain may be affecting him.

Bradshaw told Steelers.com earlier this week that Ben Roethlisberger is the best quarterback in the NFL.

I would rate Ben right on top of the list, ahead of (Tom) Brady for sure and anybody else, (Philip) Rivers, Eli (Manning). He is big, strong, and poised…. He could have been the MVP in the league last year if he would have stayed healthy. I am not saying this because I am a Steeler and trying to suck up to anybody. I am just telling you he is special, different.

I’ll take Roethlisberger over any of those guys.

We’ll start off the with the obvious: yes, Big Ben is a great quarterback — an elite quarterback even—but best in the league? Better than Tom Brady or Aaron Rodgers? That’s a bit of a stretch. Brady vs. Roethlisberger was a good conversation circa 2009, but the Patriots’ signal caller has continued to consistently produce at the same rate, while Big Ben has not.

RELATED: Dak Prescott is being compared to Tom Brady

Roethlisberger’s performance on the field isn’t much different (his best statistical season was 2014), but what’s different is how often he’s not on the field. He missed four games last year and also missed games in 2012 and 2010. Not to mention the other multiple minor injuries he’s had, whether that actually affected his performance or not is questionable, but still, they don’t help.

Brady meanwhile has started every game since his 2008 season-ending knee injury and has thrown for more yards, more touchdowns and less interceptions than Roethlisberger in five out of the last six years.

RELATED: Tom Brady and Aaron Rodgers weren’t even in the top 10 of accurate passers last season

Again, that’s not saying Roethlisberger isn’t one of the five best in the league, but Bradshaw may be playing to the home crowd a little in proclaiming him “the best.”