Terry Bradshaw took a shot at Mike Tomlin, and that’s not going to sit well with the Steelers 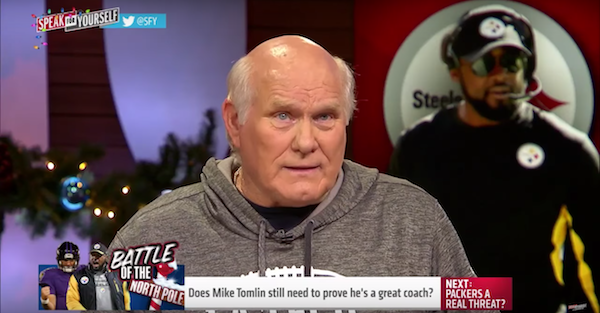 Mike Tomlin has been one of the most consistent coaches in the NFL throughout his tenure with the Pittsburgh Steelers, but his success hasn’t impressed Steelers legend Terry Bradshaw.

Related: The Bengals disrespected the Steelers, and history shows that’s a horrible idea

Bradshaw made an appearance on Fox Sports 1, and he said he didn’t think Tomlin was a great coach.

Bradshaw said he was a fan of Tomlin’s predecessor, Bill Cowher. Tomlin is 101-57 in nearly 10 complete seasons in Pittsburgh, with one Super Bowl win and one Super Bowl loss. This will be the seventh time in 10 years the Steelers have made the playoffs.