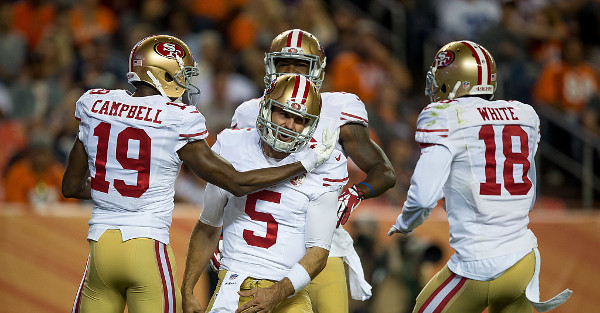 The 49ers had to pick up Christian Ponder off the street basically, after losing third-string quarterback Thad Lewis to an ACL injury. No one could legitimately expect Ponder to do much of anything with just three days to learn San Francisco’s playbook, especially facing a team like the Denver Broncos.

Ponder still scored twice, one of which came on a play the 49ers drew up on the sideline.

Christian Ponder knew 20 plays tonight. They drew one up on the sideline for him, and that was his TD pass to Dres Anderson.

Credit Ponder for coming in cold and running a play drawn up just moment before to perfection. Ponder may have been a cast off from Minnesota, but having him as insurance as a third string quarterback looks like it may pay off for San Francisco.