The Carolina Panthers practiced in snowy, wintry conditions on Friday 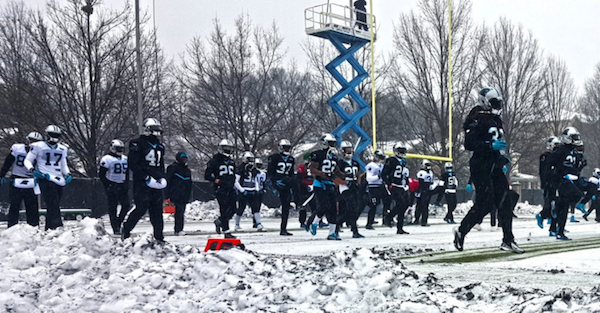 Most of the East Coast has been hit with snow and wintry conditions thanks to Jonas that brought in the first snowstorm of 2016. Despite the weather, there was still football to be practiced — the Carolina Panthers had to practice for the upcoming NFC Championship against the Arizona Cardinals on Sunday night. The Panthers’ Twitter had some fun account tweeted some of the icy conditions during the Panthers’ practice on Friday afternoon. From the looks of it, it looked like the players were having a good time.

The elements may change, but we don’t. #KeepPounding Practice Recap » https://t.co/9lCEotfqO5 pic.twitter.com/HK7X1ZO9yB