The Cleveland Browns almost have no choice for their No. 1 pick after this Combine performance 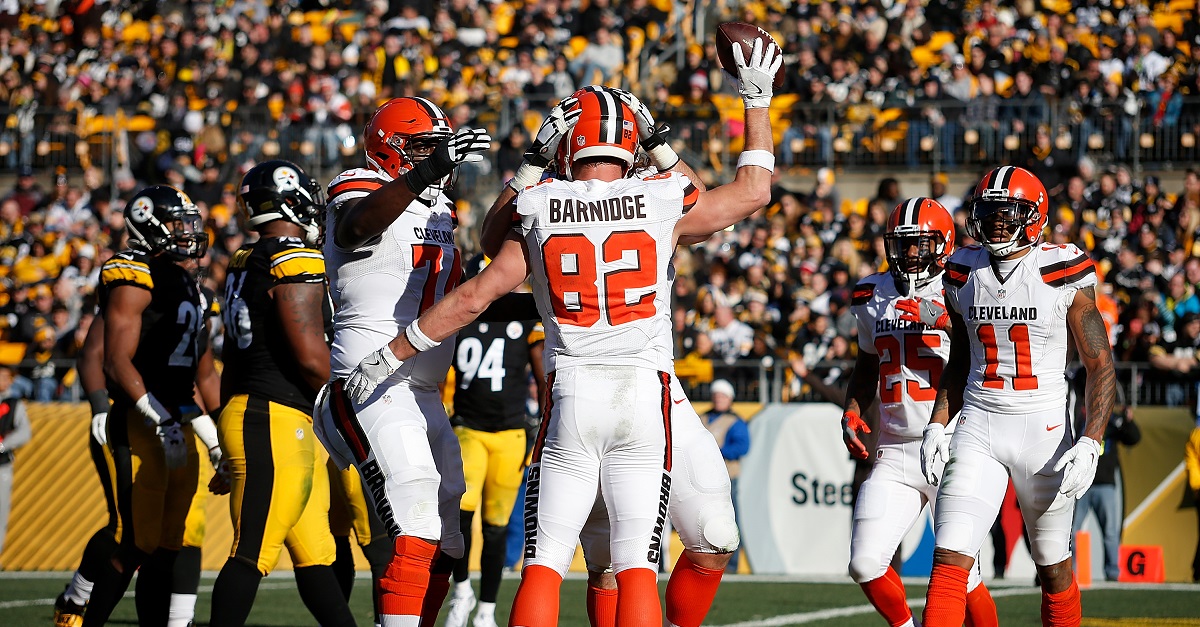 The Cleveland Browns have the top pick in this year’s NFL Draft and that means they have their choice of literally every prospect in the draft. However, it seems that their choice has been made for them with the latest round of 40-yard dash times.

RELATED: One report has the Browns potentially taking a shocker with the No. 1 overall pick

There are some people who believe that the Browns will take a quarterback since they are anything but steady at that position. Then there are the analysts who think that the Browns will go with best player available and that’s got to be Texas A&M  defensive end Myles Garrett now.

It was his turn to show his athleticism and supreme speed on Sunday when the defensive players took over the NFL Combine. He ran a 40-yard dash and it was nothing less than impressive.

That’s a 272-pound man running a 40-yard dash in 4.64 seconds and there is no way the Browns can pass him up as the top pick. He’s got the stats, explosiveness, tape and now the pure speed in a complete defensive end package.