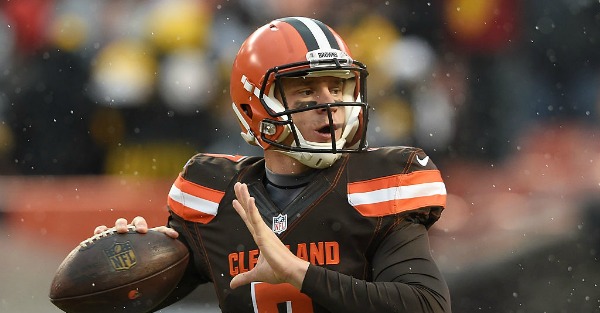 With Tony Romo out 6-10 weeks and rookie Dak Prescott now at the helm, the Cowboys have decided that adding a veteran QB is a must. But the backup they’re reportedly showing interest in won’t do anything to excite the fanbase.

According to NFL.com’s Chris Wesseling, Dallas is planning to work out free agent Austin Davis, who was just waived by the Cleveland Browns Monday.

Entering his sixth season out of Southern Miss, Davis has done stints with the St. Louis Rams and the Miami Dolphins in addition to the Browns.

RELATED: Stephen A. Smith offers some advice to Tony Romo

After walking on at Southern Miss, Davis became the starter in 2008 and set a school record that year with 3,128 passing yards and broke Brett Favre’s school record for most touchdown passes by a freshman with 23.

He ended his college career with 10,898 yards and 83 touchdowns. After an injury to Sam Bradford in 2014, Davis saw action in 10 games, throwing for 2,001 yards and 12 touchdowns to 9 interceptions, but was ultimately benched in favor of Shaun Hill and waived the following season.