The Dallas Cowboys sign underachieving running back, and it’s the right move 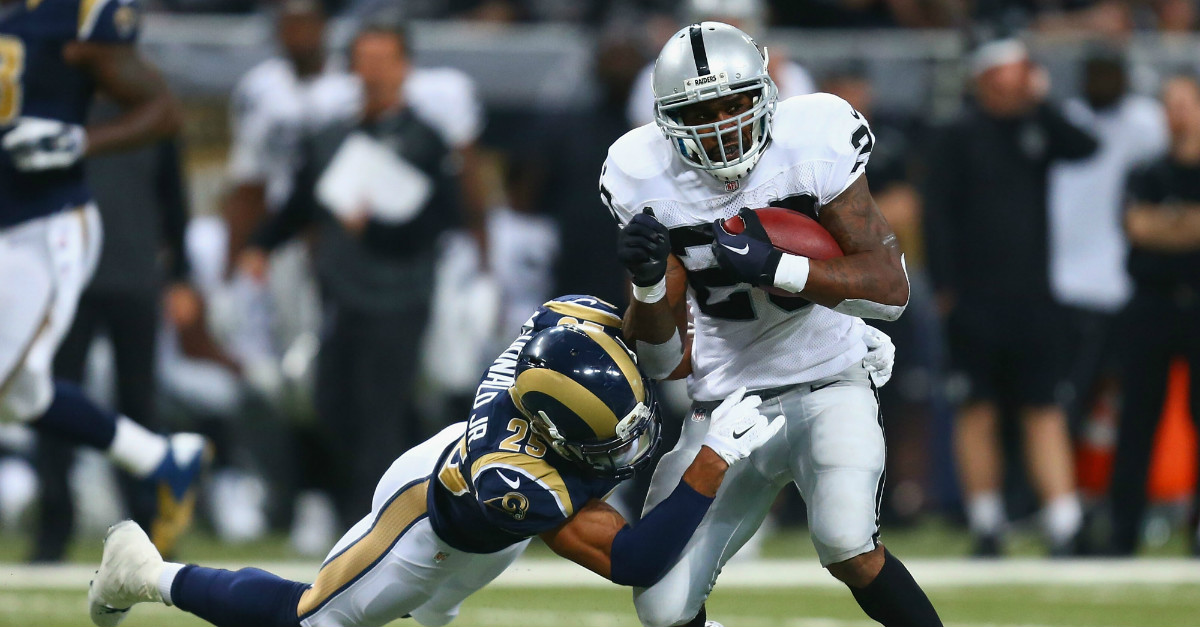 In a couple of years, Dallas Cowboys fans are going to look back on this deal that the Philadelphia Eagles gave to DeMarco Murray and smile. Don’t get me wrong, Murray is really good, but a five-year, $42 million deal is insane. Since 1986, no running back with over 390 carries in the previous season has eclipsed 1,000 yards in the following year. Murray had 392 in 2014, en route to being named the Offensive Player of the Year. He was overworked, and I don’t think there is any way he reaches his level of production in 2014.

Instead of re-signing Murray, the Cowboys did the right thing by signing underachieving Darren McFadden to a two-year deal worth up to a reported $5.85 million. McFadden is nowhere near the talent level of Murray, but his deal is great for Dallas.

McFadden has played on some awful offensive lines in his career with the Raiders, and now he gets to play with the league’s best line. He wasn’t signed to replace Murray, but he could do a fine job filling in for him along with Joesph Randle and Lance Dunbar. McFadden has played one full season in his seven-year career (2014), and now he doesn’t need to play the majority of the snaps because the Cowboys can use a committee of running backs this season.

By not re-signing Murray and going for a cheaper running back with limited upside, the Cowboys have made it clear that the success of their running backs is attributable to their offensive line.