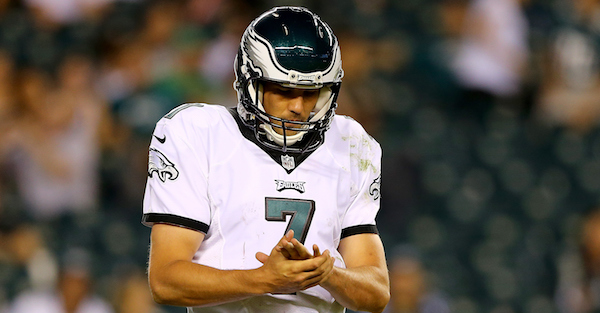 You’d think drafting a quarterback second overall (and trading up to the second spot to get him) meant he’s at least guaranteed a shot at starting behind center. Not if you’re Carson Wentz, apparently.

The Philadelphia Eagles aren’t even taking a wait-and-see approach with their top draft pick of 2016, as they plan to make Wentz inactive on Sundays. Talk about protecting your assets.

As it stands, last year’s starter and embattled passer Sam Bradford will get the nod at starter with Chase Daniel pegged as his backup, according to Jimmy Kempski of PhillyVoice.

It’s important to note that all of this is contingent upon Bradford staying healthy and playing well, two things he’s yet to fully accomplish in his seven-year career.

For now, the Eagles will head into 2016 with Bradford as their guy, but don’t be surprised if Wentz’s name gets called sooner than later.