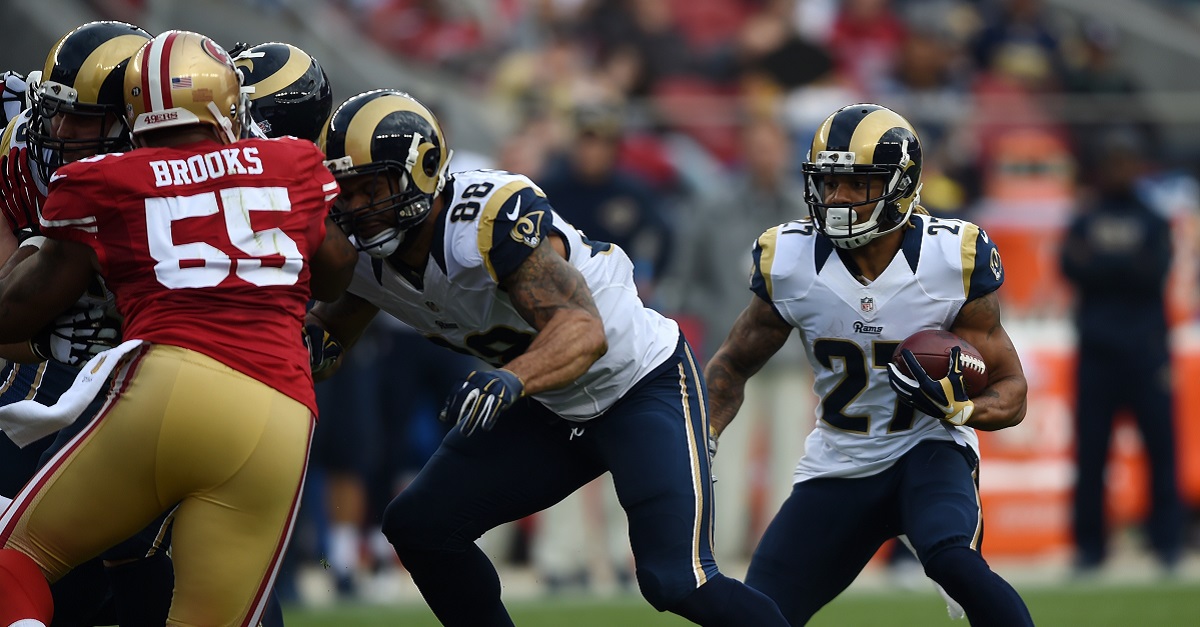 Los Angeles Rams and former Auburn running back Tre Mason has had quite the offseason. There was a time everyone thought he was missing, he was arrested in March and his mental health has come into question. It turns out there was another incident in July that is just now coming to light.

Earlier this month, Mason had gone missing and was found at his mother’s home Lake Worth, Fla. A police report from July — he has been involved in five police incidents since the beginning of 2016 — said Mason was not believed to have the ?ability to make decisions at this time” before he was transported to a hospital.

It turns out that there was another incident right before that involving Mason and some irrational behavior. According to TMZ Sports, he led Palm Beach police on a chase after him back to his house where he locked himself inside and didn’t come out until he was talked down. His getaway vehicle of all things was an ATV.

Police involved in the incident claim Mason was doing wheelies and ?spinning the tires so the dirt and grass would shoot out on to [the nearby road].? Police towed his ATV when they discovered it was an unregistered vehicle. This has become one of the most bizarre offseasons in recent memory for a running back and Mason may not end up playing this year the way things are looking. Fortunately, the Rams have Todd Gurley to take over the running back reins.