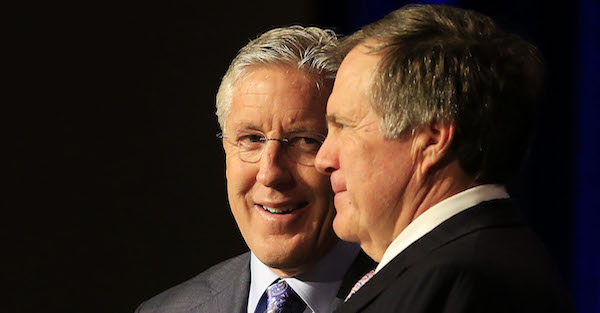 Bill Belichick works tirelessly around the clock, and that apparently includes during Christmas dinner.

?He was like, ?Hey Asante. It?s Belichick,?? Cleveland recounted, doing his best Belichick voice impression. ?He said, ?We?re going to have to make some roster moves.? At that point, I knew what ?roster moves? means. It means I?m being moved from the roster. We needed to bring in a cornerback because we were playing the Jets.

?He said, ?I just want to let you know this is no indication we?re moving away from you. We really like you. ? We just need to make this quick transaction.? That call ended. I said, ?Merry Christmas.? I don?t know if he heard me. He didn?t say it back.?

Cleveland shared that he had drink and went to a hockey game to try to salvage his holiday.

He was picked up on waivers on the following Monday by the San Diego Chargers, but what a rotten way to spend your Christmas night.