The NFL has released its color rush uniforms, and they’re unlike anything we’ve seen 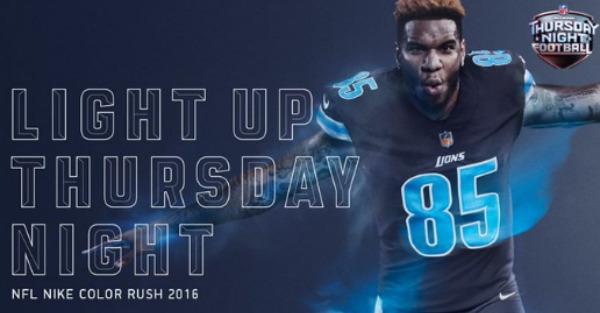 The NFL will unveil its “color rush” uniforms this week beginning with Thursday’s game between the New York Jets and the Buffalo Bills.

According to Nike, 15 Thursday games during the 2016 season will feature uniforms that give a full head-to-toe monochromatic look inspired by current and historic uniform layouts, “celebrating the hallmarks of each team’s distinctive identity.

But the limited time uniforms will reportedly not be worn by every team. According to Fox Sports, nine teams won’t be sporting the uniforms this season because either their Thursday games fall on Thanksgiving—a gameday not included on the color rush calendar this year—or the neon-colored uniforms would cause what they call a clashing issue in soccer; which is to say the color combinations between two opposing teams would make for horrible viewing.

The teams playing on Thanksgiving that won’t get to participate in the color rush gimmick this season are the Colts, Redskins and Lions. The Jets, Texans and Cardinals will also have to wait until 2017 because of the clashing thing.

The NFL will be selling the alternate uniforms for all 32 teams, though, with the proceeds going to the NFL Foundation, which provides funding for health, wellness and safety for youth football.