The NFL is under fire for letting players disrespect the flag, but won’t let teams honor cops 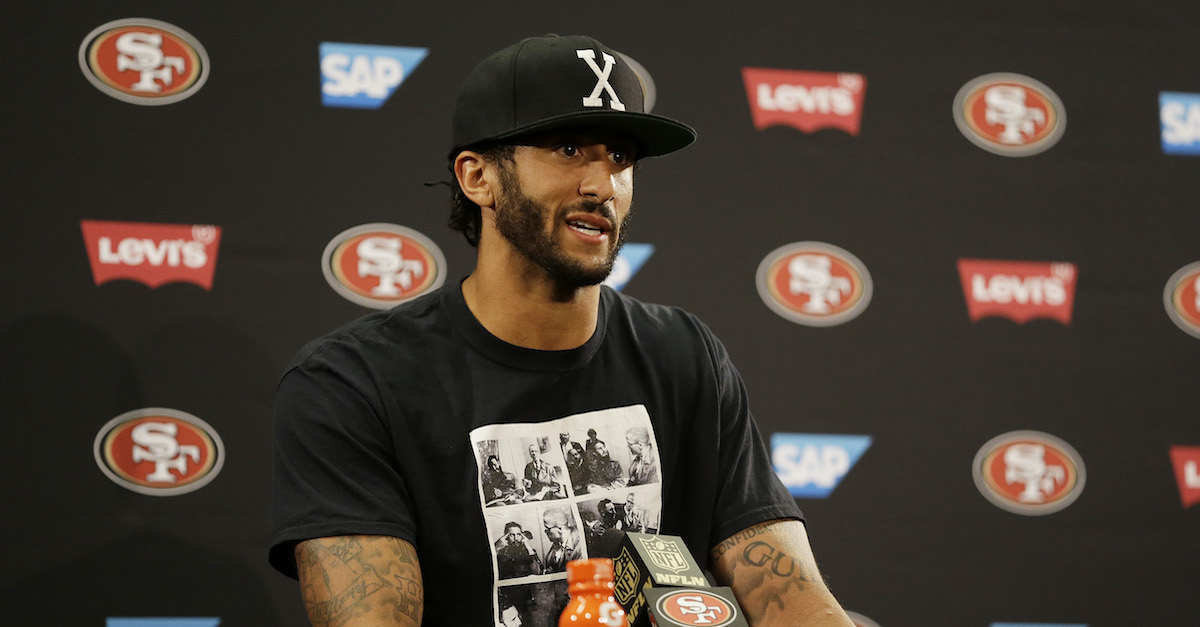 Actor James Woods is the latest to weigh in on the Colin Kaepernick controversy, but he’s calling it part and parcel of a much broader issue — NFL hypocrisy.

After Kaepernick refused to stand for the national anthem before a preseason game between the San Francisco 49ers and the Green Bay Packers Aug. 26, Woods tweeted:

“Kaepernick doesn’t stand for the national anthem, Rams players can walk onto the field with their arms up, for the ‘hands up, don’t shoot’ and other players can wear t-shirts saying  I can’t breathe. But the Dallas Cowboys can’t put stickers on their helmets for the 5 police officers who were killed. Way to go NFL.”

RELATED: Another NFL player has joined Colin Kapernick’s movement to sit out the national anthem

The 69-year-old conservative then took aim at Kaepernick, who created a media firestorm by calling his actions a protest against the injustices suffered by people of color in America, with a series of tweets that both poked fun at Kaepernick and called for a boycott of his sponsors.

?If we really boycotted all of the #SF games and they fired this #dirtbag, people might think twice about behaving like this,? Woods wrote.

Don't tarnish our flag by standing. Just stay where you choose to be, with your worthless ass in the mud #Kaepernick pic.twitter.com/T0tSxhn4so

Does anyone have a list of his endorsement sponsors? Relentlessly boycott his sponsors. #POS #Kaepernick pic.twitter.com/67IEJZRx8o