The NFL’s highest paid OC has been canned, and it makes absolutely no sense 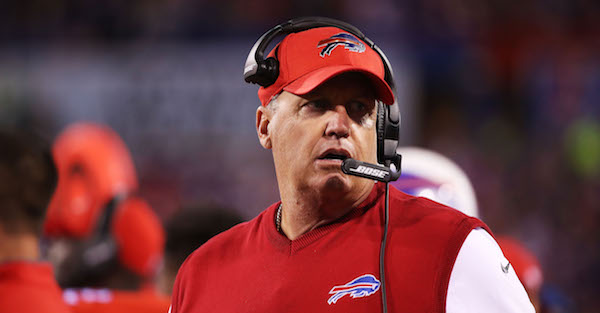 So after saying he’d be the first to go if his team lost earlier in the week, it was offensive coordinator Greg Roman, who helped Tyrod Taylor to one of his best games as a pro, who was canned.

Remember when Rex Ryan said he would be the first mother f***** to go if things didn't go well for the Bills? So much for that.

After allowing the Baltimore Ravens to put together over 300 yards of total offense in Week 1, it was the Jets that couldn’t stop the run nor the pass in a pretty dominant effort by New York.

And don’t get it twisted, Rob Ryan is the same brother who helped deteriorate the New Orleans Saints’ unit to the worst passing defense in the NFL last season.